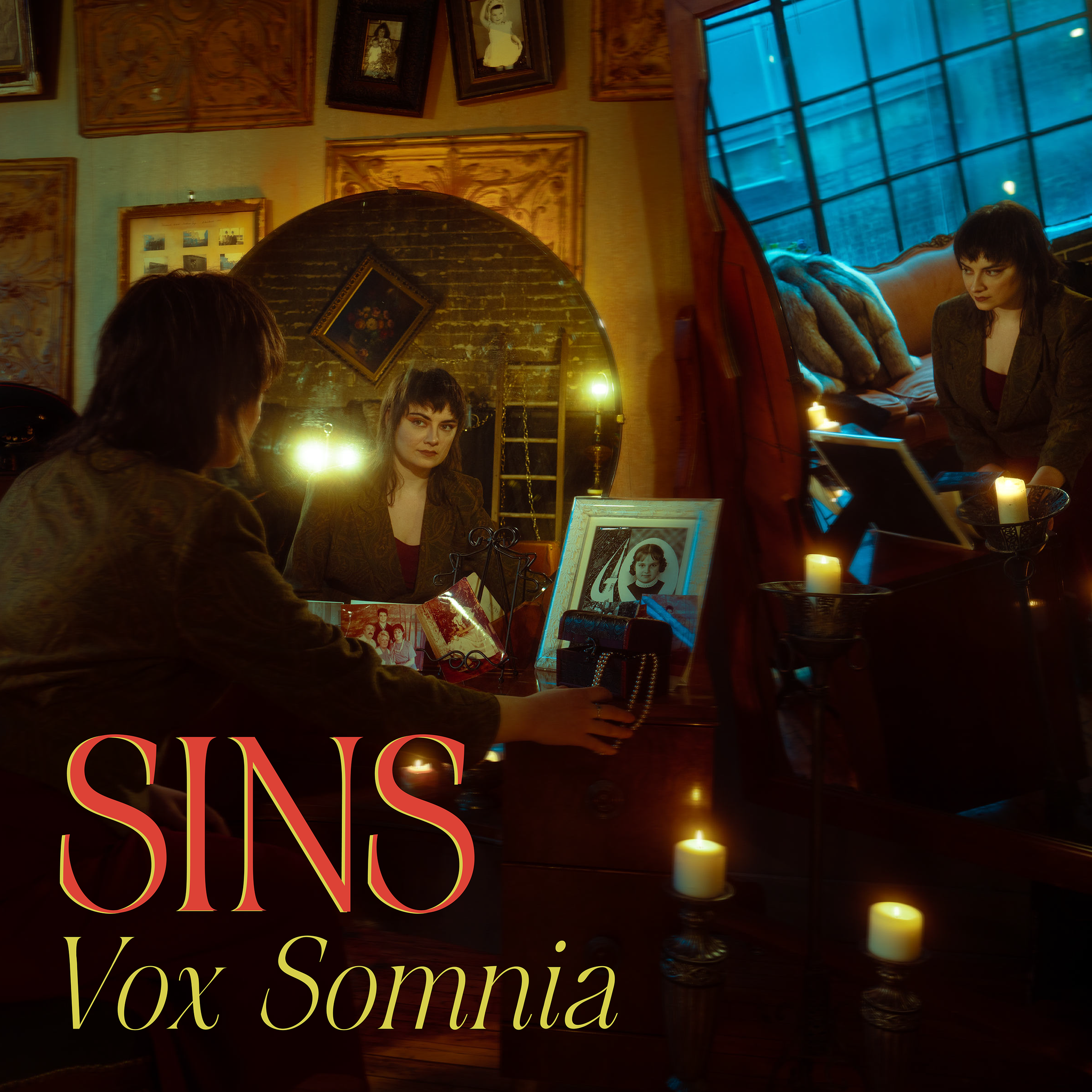 Toronto’s Vox Somnia are back after a 4-year hiatus with new single, “Sins”

From its inverted guitar introduction, “Sins” reveals its dark nature right away. From the outset, the song gives you those old familiar slowed-down gothy guitar patterns, like they were plucked right out of The Cure’s Disintegration handbook. Dorda’s solemn lyrics and elegant vocals, all blushed up with sadness and mystery, are cause for deep thoughtful examination. I feel enchanted like I’ve been brought along in the wake of genuine heartbreak. The chorus is very peculiar and very unchorus-like but, on repeated listens, I genuinely think it is just one of a hundred other mini-masterstrokes of songwriting Vox Somnia are responsible for (in their small yet clever repository of original music).

The Pièce de résistance of this intriguing track is the final third or outro (I’m not sure the band goes by traditional song structures). A fraught, fizzling crash quite unexpectedly opens up to this high-concept vocal opus of sorts. This final part I can only describe as completely unworldly. Dorda’s breathy wails twist and twirl like a woman exorcising her deepest, darkest pains. Trust me, It’s not very often you get to hear such heartfelt sorrow vocalized this way.

“Sins” is a MOOD! For fans of the post-punk sound coupled with some marvelous expressionist vocals, this is definitely the song and artist for you. A real music lovers treat and another jewel in the crown of Toronto’s music resurgence!

Vox Somnia is an Art Rock duo from Toronto that includes the sonic elements of Goth, Shoegaze, Dreampop, Ambient Pop, and Indie. Since their inception in 2018, they have released their debut effort “The Broken Light EP” to an overwhelmingly positive response. In that time, they have had their work broadcast on CBC Radio, a nationally syndicated true crime podcast, and Toronto Indie Week finalists at The Mod Club in 2019.  After a short hiatus, they are now working on their second release, starting with the new single, Sins.

Listen to “Sins” below, and stay up to date with the Vox Somnia via their socials.