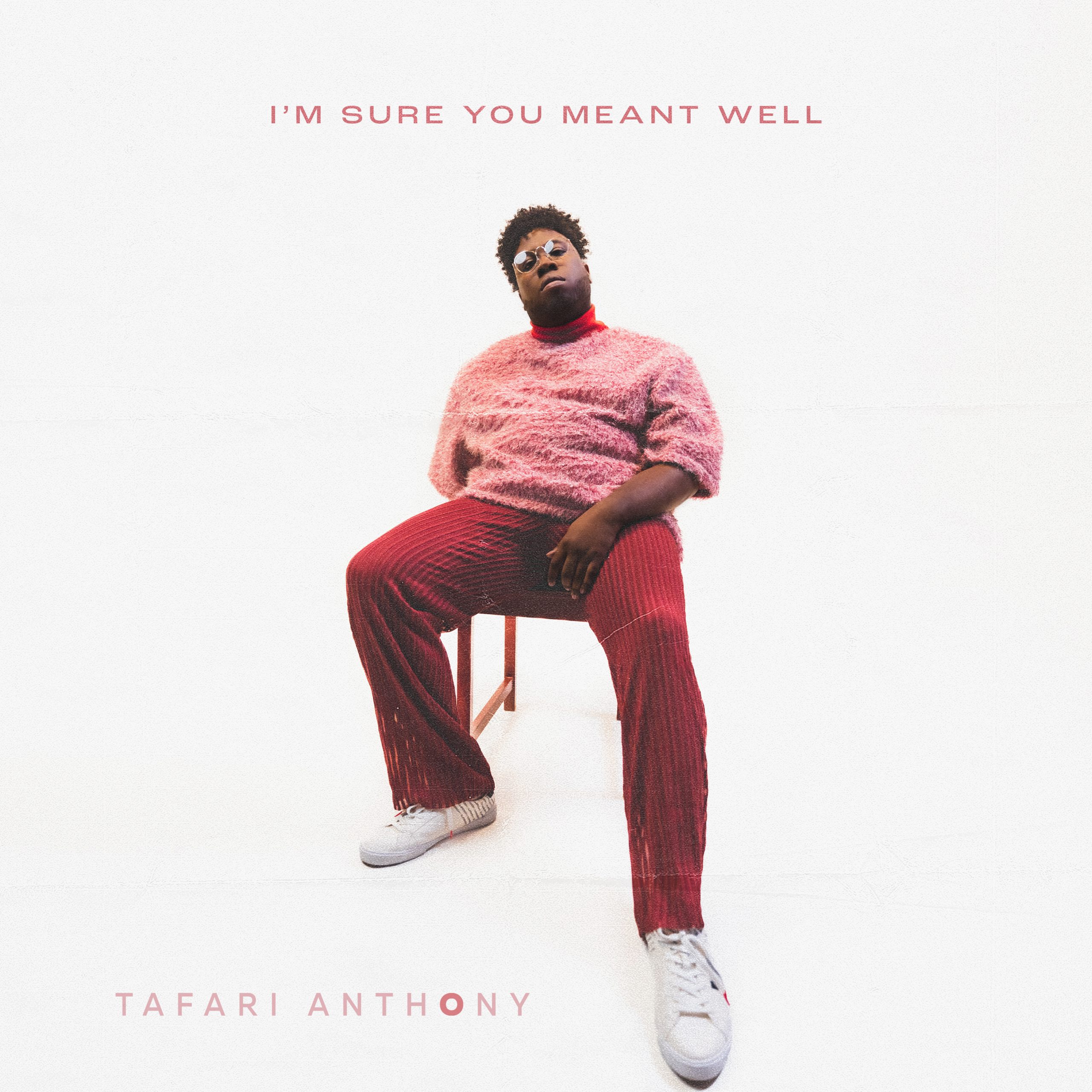 Last week, 604 Records and Light Organ Records released the third instalment of their 604 Sessions series. This time, they teamed up with JUNO nominated artist, Tafari Anthony on his dual single “I’m Sure You Meant Well.”

“I’m Sure You Meant Well” features tracks, “Replay” and “Where’s My Apology.” Through the 604 Sessions song camp, Tafari co-wrote “Replay” with Louise Burns and Jared Manierka. He also teamed up with 604 Records & Light Organ artists Michaela Slinger and Kevvy Maher for the empowering “Where’s My Apology?”

On the releases, Tafari shares:

“Sometimes good intentions aren’t enough and can leave you hurt or seeking more answers. “I’m Sure You Meant Well” is a coupled single featuring “Replay” which addresses that moment a relationship starts to go astray and “Where’s My Apology?” which begs the question of its namesake.”

On the making of “Replay”,

“At the time of being selected for the inaugural 604 Sessions I had just released a new project a few months earlier and had also been a few months into dating outside of my long-term partner.

It was an exciting and busy time during the pandemic when all of a sudden things seemingly came to halt,” Tafari explains about “Replay.” “I was left with many questions, very few answers and a very familiar feeling.

“Replay” now feels like this very vivid snapshot in time where I was longing for that communication and no matter how I tried I was not getting it. It forced me to go inward, and I started creating my own narrative as to what was going through his mind.”

Continuing about the second track “Where’s My Apology?” he explains,

“day one of the 604 Sessions, moments before jumping on Zoom with Michaela Slinger & Kevvy, I received a very random, very accusatory text message from a neighbour. A classic case of mistaken identity, she thought she had run into my partner and that he had been “incredibly rude and disrespectful” towards her. I proceeded to tell her he was not even home let alone in the building. I logged into the session and I was so annoyed I had to tell Kevvy & Michaela what happened. They asked me “Did she apologize?” which she did not. This song became an ode to just owning up to your actions and taking accountability. People make mistakes, but often forget the power of simply acknowledging that, especially when it affects someone else.“

The 604 Sessions song camp was created to foster an atmosphere of creativity and opportunity for unsigned artists and offer creative services to the greater community. The series has already seen releases from Adewolf, Bo Henrik, and will release its final instalment with Merseh on June 29.

Find out more about Tafari Anthony below, and stay up to date with him via his socials.

Hey! I’m Tafari Anthony, a JUNO nominated singer/songwriter based out of Toronto.

“I’m Sure You Meant Well” is a dual single featuring “Replay” which addresses that moment a relationship starts to go astray and “Where’s My Apology?” which begs the question of its namesake. Sometimes good intentions aren’t enough and can leave you hurt or seeking more answers. Both of these songs were written about two different experiences that caught me off guard in different, yet similar ways.

This is also my first time working with a label on a release after independently releasing my music for years! It’s a result of me submitting (super last minute) to 604 Records “604 Sessions” last year. I ended up being chosen as one of the artists that would get to work alongside their team on two songs that we now finally get to put out into the world. I’m super proud of these sounds and how it all came about.

Life! Between my own relationships, stories from friends, and the occasional trash television storyline I feel like there’s no shortage of things to draw inspiration from. These two songs definitely came from situations that directly involved me… so they’re super personal and I’m sure people will now be deep diving into every lyric trying to figure it out!

I’ll actually be doing a set for River & Sky Festival on July 23rd, a set at Harbourfront Centre on July 24thand a little set for Play The Parks in Toronto on August 24th! Hopefully more dates to come as well.

I’m working on finishing my debut full-length album this year and hopefully previewing some of the songs at various shows!