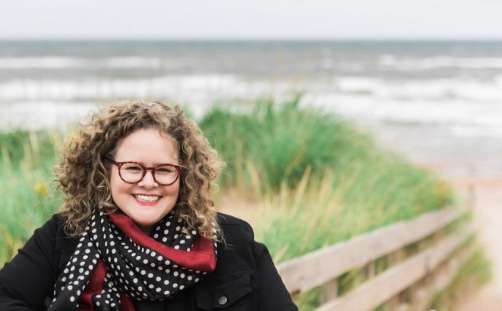 Maureen Trainor guides us through an internal seascape of mood & emotion on the Pandemic-inspired single, “Adrift”

Charlottetown, PEI-based alt-folk artist Maureen Trainor found herself particularly taken with the sea during the early days of the pandemic, resulting in her nautical-themed interior soundscape of a single “Adrift.”

“Adrift” begins with a mellow, acoustic strum and somber introspection as Trainor narrates, “I’ve been staring at the ocean/ While it sets its sights on me/ My heart adrift without direction/ Salt spray rapture on the sea.” The song takes us over rocking waves of mood and emotion, and on a gliding journey of self-reflection.

“Like most people, I became very introspective during the pandemic — most likely caused by sudden isolation,” Trainor shares. “During those strange, new times, I took almost daily trips to the shore where the water has always centered me.

“It was there that the song was born,” she continues. “I imagined my heart afloat, at the mercy of the tides and weather conditions, rolling gently on the soft waves and tossed about in violent squall.”

The song really came to life, however, during the recording process, via a collaborative effort between Trainor and her producer Erin Costelo.

“A trombone evoking the nautical feeling, a cello keeping things flowing with the additional colorful elements that could be whales or wind or gulls,” Trainor says of the various decisions made during the process. “The bass and percussion accentuating the relentless rhythm of the ocean’s pull. And the deliberate choice to have the vocals front and center accentuates the storytelling in an authentic and unadorned way.”

Trainor provided the guitar and lead vocals, Jordi Comstock the drums and percussion, Tom Easley the bass, Andrew Jackson the trombone, Natalie Williams Calhoun on the cello, and Erin Costelo the background vocals.

Watch the lyric video for “Adrift” below, and find out more about Maureen Trainor via our mini-interview.

My name is Maureen Trainor, my pronouns are she/her and I am a singer/songwriter from Epekwitk (Prince Edward Island). When I’m not writing music or working my day job (also as a writer) for Veterans Affairs Canada, I can be found driving around the Island, getting inspired by the natural beauty of this place, or taking in as much live music as I can.

What’s the best part of living in Charlottetown, PEI?

As an artist, I think one of the best things about living here is the music community as a whole. Support from fellow musicians, Music PEI, government programs, and the many venues and festivals that strive to put Island talent front and center make for an atmosphere where creativity can and does flourish.

What did you learn about yourself as an artist while in the pandemic?

I actually found myself being a little more prolific during the pandemic. I think that the isolation period in the early months of the pandemic made me very introspective. For me, looking inward will inevitably lead to a song being written or a piece of art being created. My emotions need space to be reimagined once they have been uncovered.

Who was the first folk performer to knock you sideways?

Although this is a tough question, I think I’d be lying if I didn’t say Janis Ian. At Seventeen resonated with me long before I turned seventeen, and still does to this day, over three decades after my seventeenth year.

Again with the tough questions! I’ve been on a real songwriter kick lately, the true storytellers who draw you in and make you laugh or cry or both. Someone I hold in pretty high regard in this category is Jack Marks, and his 2009 album, Two of Everything, is overflowing with gems. The Dress Song alone is worth the price of admission.