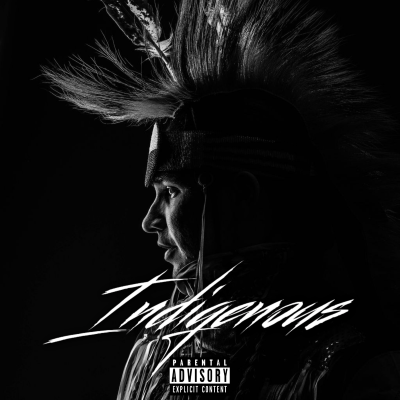 Stun shares a new single, “Indigenous,” from his new album, Lifestylez of The Fresh & Indigenous

Oxford House, Manitoba-based indigenous hip hop artist, Stun has teamed up with us at Canadian Beats to unveil his brand new single, “Indigenous.”

Leaning toward his most prominent project yet, Lifestylez of The Fresh & Indigenous is the third installment in the hip hop artist’s catalog, with a lead single titled “Indigenous” setting the stage.

It was the end of 2019. Stun was optimistic, having dropped an album that summer, and felt the need to keep pushing his momentum with performances and writing sessions.

The idea of the song “Indigenous” came into place when he’d seen what was happening worldwide – especially the protests and the ongoing call for the missing and murdered. It was right in his face at many stages. He felt pain and a sense of confidence because he wanted people to feel like they could get up and do something about it. And then the song blossomed into his lap.

With the new album, Lifestylez of The Fresh & Indigenous, Stun is hoping that people can get a more in-depth sense of his culture and an indefinite experience of what happens in his life. He wants them to feel love, passion, and pride – in other words, a great understanding of the lifestyles of the fresh & indigenous.

Stun wanted to toss in both sides of his life: the emotional side and the indigenous side with a little bit of bravado incorporated into it. It’s not your typical storyline album; it’s more of a collection of stuff he was feeling and going through at the time.

Listen to “Indigenous” below, and find out more about Stun via our Five Questions With segment.

My name is Stun, and I’m an indigenous hip-hop artist based in Winnipeg, Manitoba. I create all of my instrumentals and write my lyrics inspired by my upbringing. I’m a family man with a wife and children, whom I adore to the fullest. Most of my weekdays are spent on the roof, and my weekends are taken by great opportunities.

“Indigenous” is a song that made me step outside my comfort zone. It led to a lot of understanding of where I wanted to direct my energy. It most definitely shaped the album that is yet to come. It was also sort of a surprise to me. I wasn’t aiming for that vibe when I created the instrumental. It fell into my lap when the occurrences of tragedy swept northern communities. I felt like I needed to do something, and it just blossomed the way it did.

And with the visuals involved? I connected with Denis Ankrah (owner of Visual Theory), who just knew and understood the mission. We both wanted to create a piece that was genuine and powerful but also stated the facts. With our dark history still lingering, it was a call for reconciliation. Something greater than you and I.

It sort of happens whenever, to be honest. It always starts with the beat. And where that feeling takes me is where I’m going. I’ll toss in my past, present, and future endeavours within my writing. I like to consider what kind of impact I will have in the next five years. Is this relevant to my life? Is this something I want my children to understand? You know, stuff like that.

I will be performing for National Indigenous Peoples Day here in Winnipeg, Manitoba, on June 21st, located at the famous “Cube” stage in Winnipeg’s downtown Exchange District. On behalf of Manitoba Music.

I am going to pursue the JUNOs. Whether or not it’ll happen this year or next, I’ll be happy with a nomination.

I would also love to collaborate with some of my idols, like SonReal, Snotty Nose Rez Kids, and Drezus. Hopefully, things line up where I’m able to manifest these propositions.

Another thing would be to tour northern communities. I love knowing that I’ve impacted someone with my music. When you hear those words, “your music helped me,” it makes it all worth it. Just to spread the love and knowledge to uplift our youth, because our youth are the future.