Your guide to the winners of the 2022 Juno Awards

The JUNO Awards took place on May 15th at Budweiser Stage in Toronto, ON

The JUNO Awards were back in person this year, the first since 2019, and celebrated this past weekend with a strong sense of renewed strength in diversity within the Canadian music industry.

Held over two nights, including the May 15th ceremony broadcast ceremony, awards in over 45 different categories were presented. Big winners this weekend included Montreal songstress Charlotte Cardin, who took home four awards total; including Single of the Year, Artist of the Year, Album of the Year, and Pop Album of the Year; and international sensation, the Weeknd, who won Songwriter of the Year and Contemporary R&B Recording of the Year.

The weekend also saw Pickering, ON’s own superstar, Shawn Mendes, celebrated for his achievements both internationally and at home when he was named the TikTok JUNO Fan Choice winner and became the youngest ever recipient of the International Achievement Award.

A lot of JUNO firsts were also celebrated over the weekend, including the induction of celebrated recording artist and world-renowned Broadway, television, film, and fashion icon, Deborah Cox, into the Canadian Music Hall of Fame; making her the first Black woman to receive the honour. In addition, Allan Slaight JUNO Master Class alumni Haviah Mighty became the first female in history to win Best Rap Album/EP of the Year. In addition, the Walt Grealis Special Achievement Award, which recognizes individuals whose work has significantly impacted the growth and development of the Canadian music industry, was given posthumously to concert promoter and champion of Afro-Caribbean culture, Denise Jones.

In addition, special award presentations were made by MusiCounts, who honoured teacher Darren Hamilton of David Suzuki Secondary School in Brampton, ON, as their Teacher of the Year; and singer-songwriter Dallas Green, with the MusiCounts Inspired Minds Ambassador Award for his work in supporting music education in Canada.

With the 2022 JUNO Awards wrapped up, the focus now shifts to 2023; when the JUNO Awards will return to Edmonton, Alberta.

For all news updates and special presentations regarding the JUNO Awards, please be sure to visit junoawards.ca. 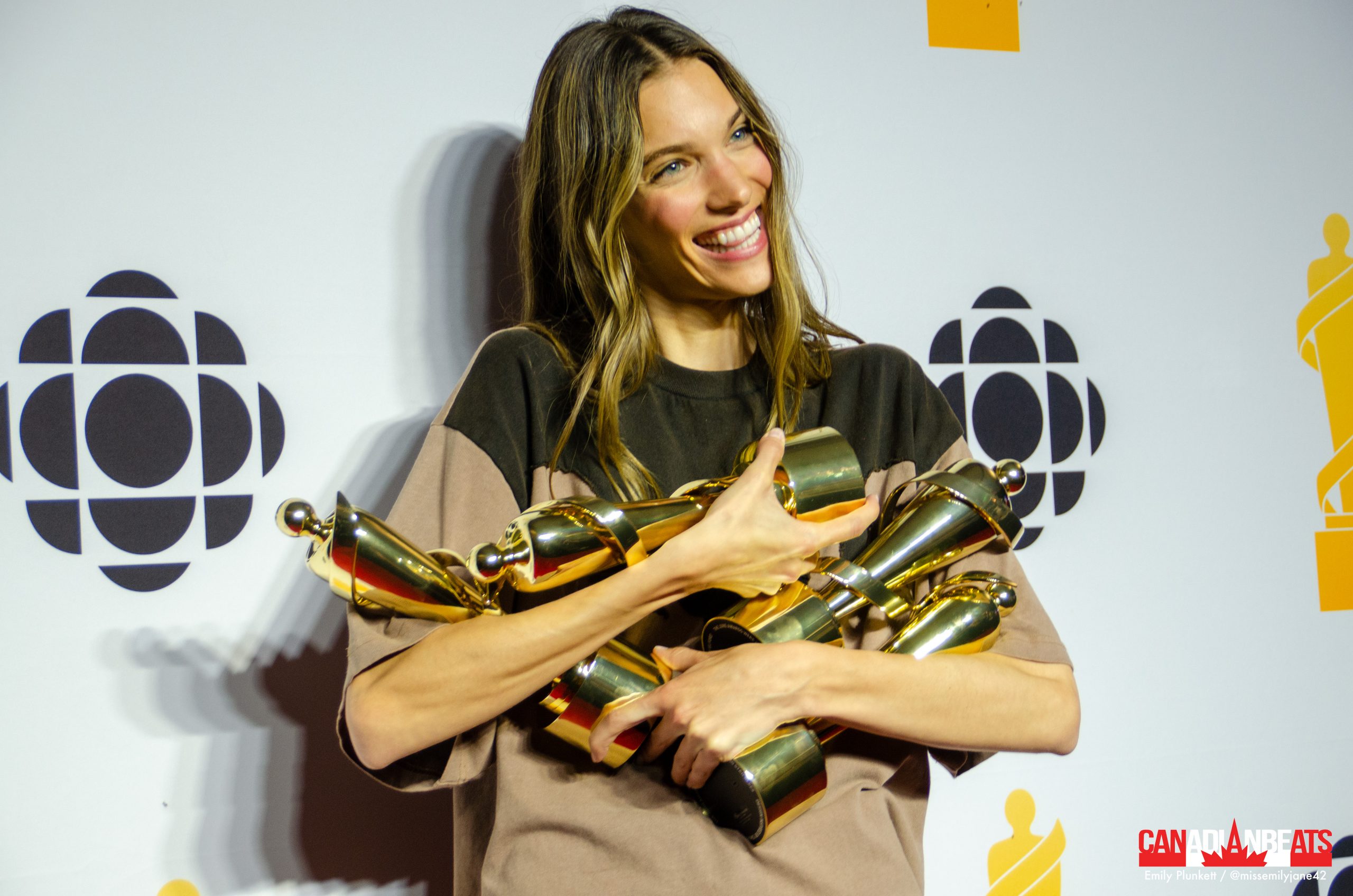 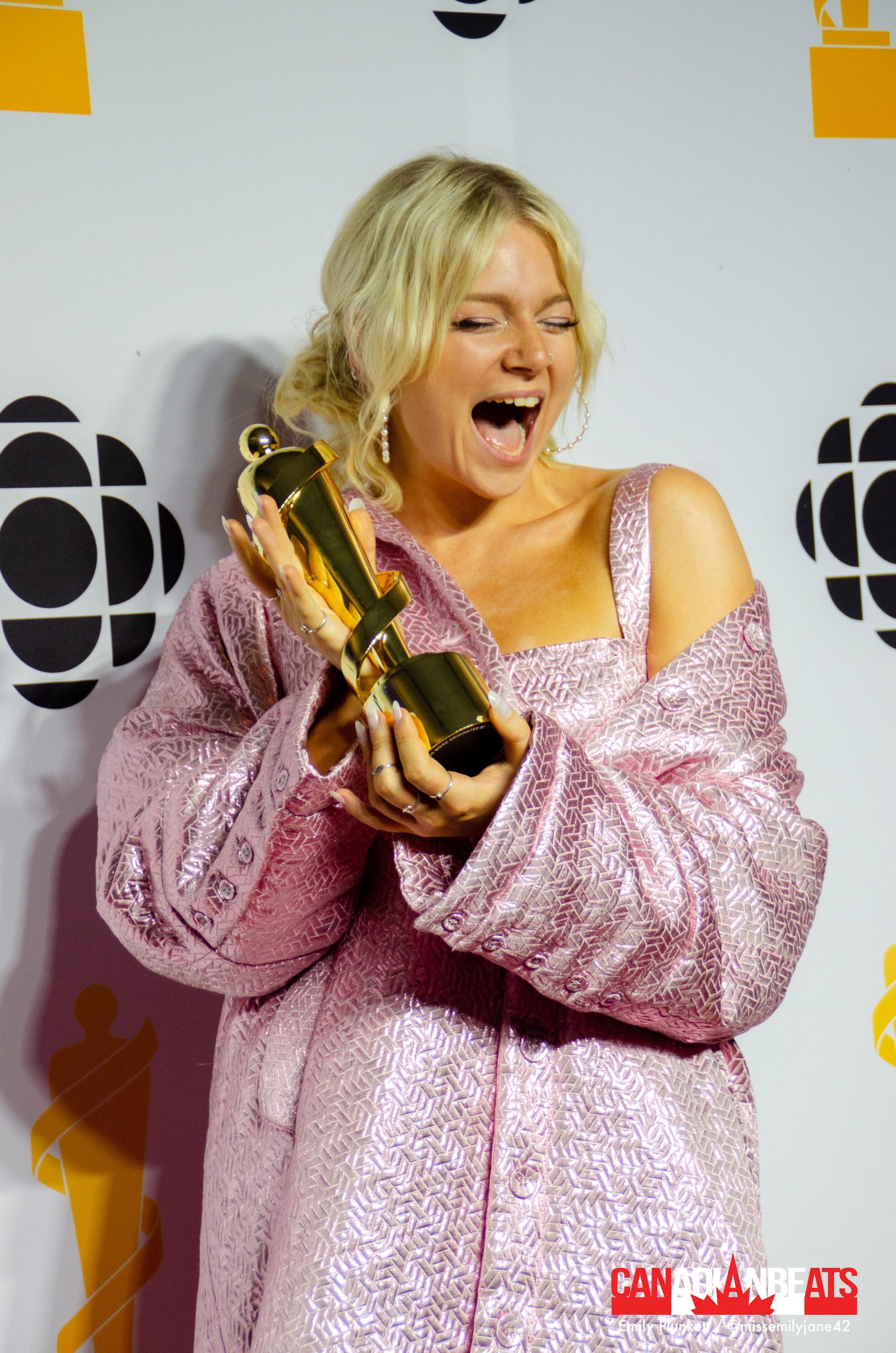 Vancouver pop sensation, Jessia, ecstatic for her Breakthrough Artist of the Year win! 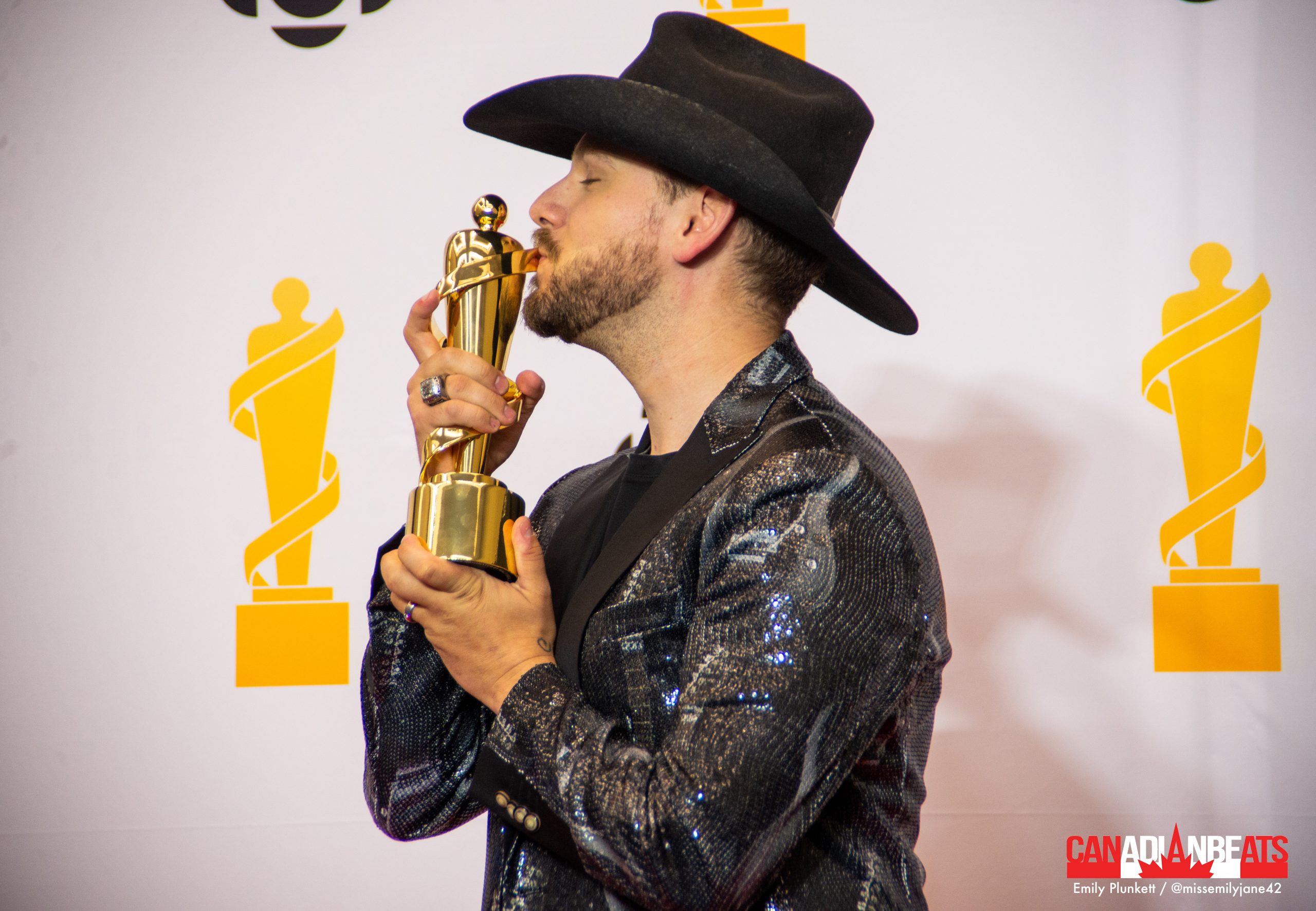 Brett “Kiss”ell celebrates his Country Album of the Year win! 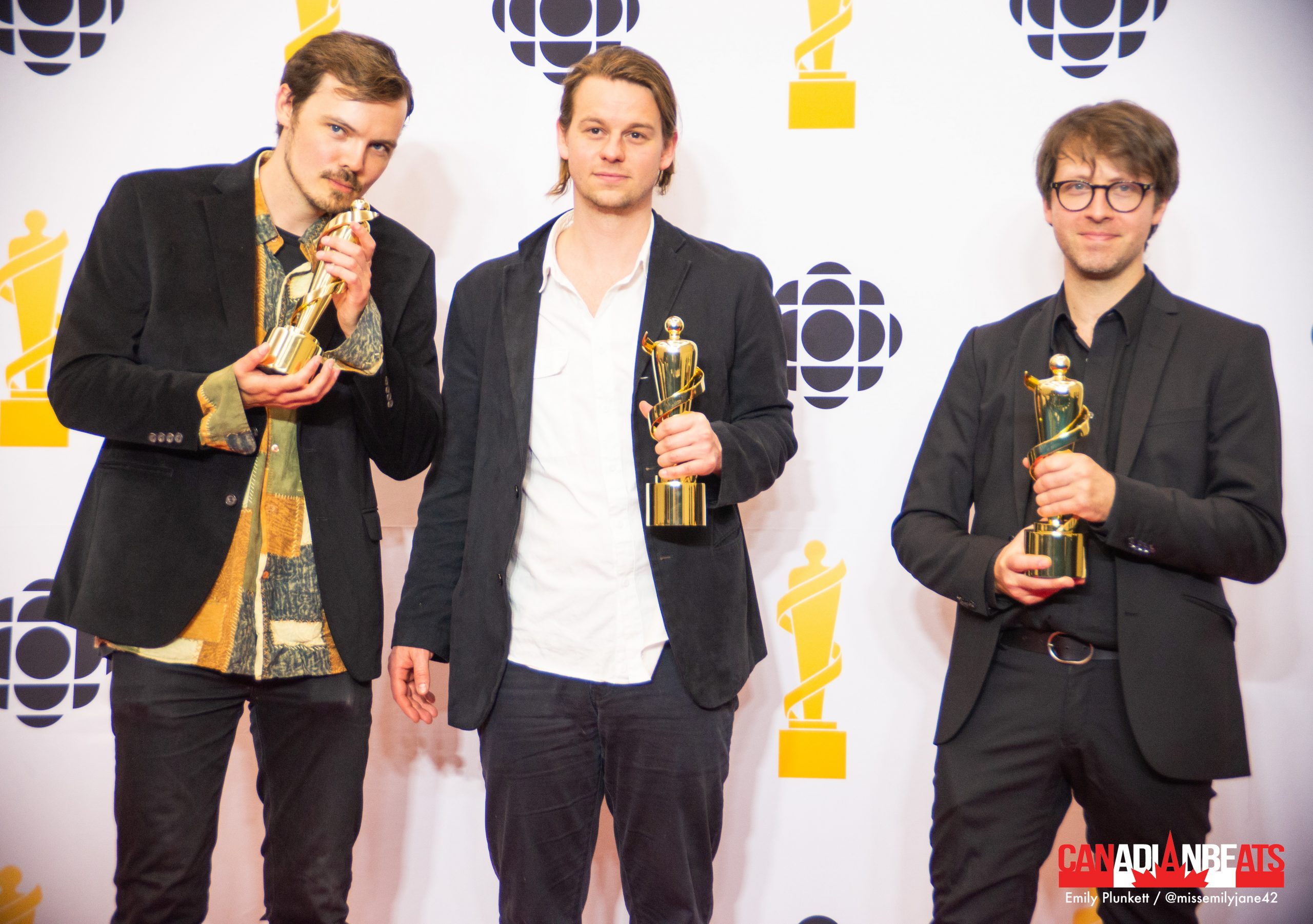 Half Moon Run, relish their Adult Alternative Album of the Year win!

Alternative Album of the Year: When Smoke Rises – Mustafa 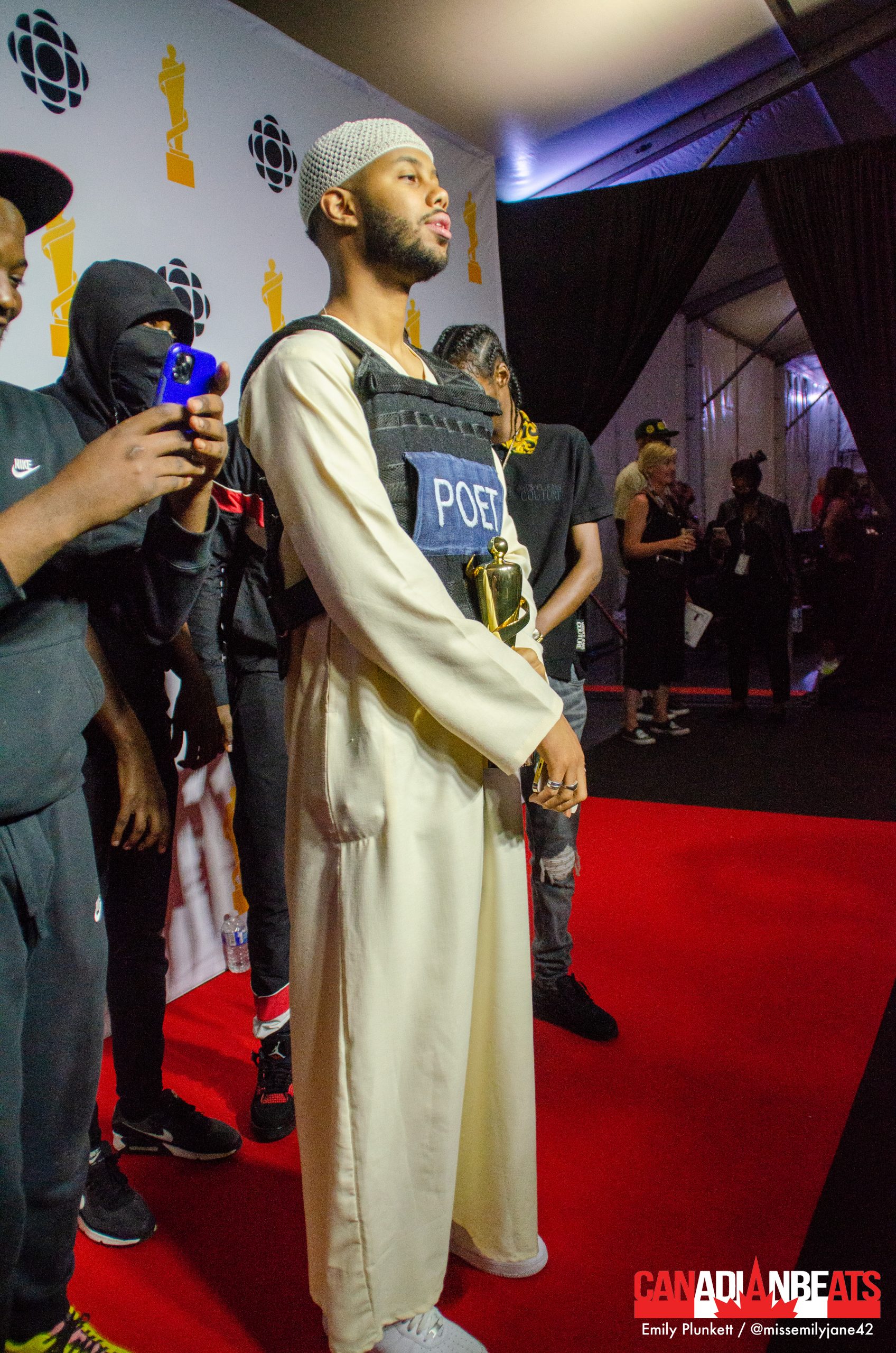 Mustafa pays a visit to the media centre after his powerful performance of “Stay Alive” to celebrate his Alternative Album of the Year win! 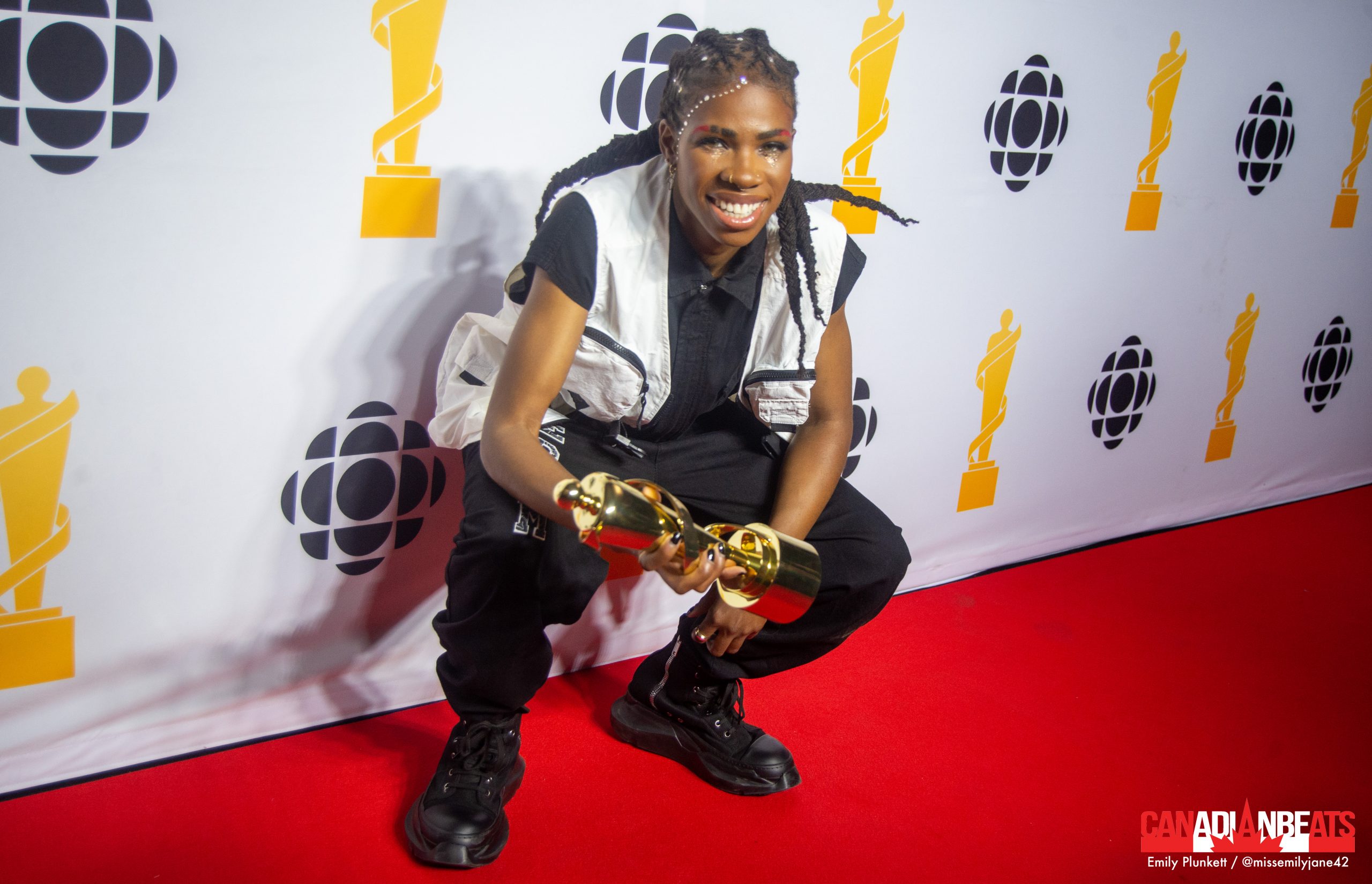 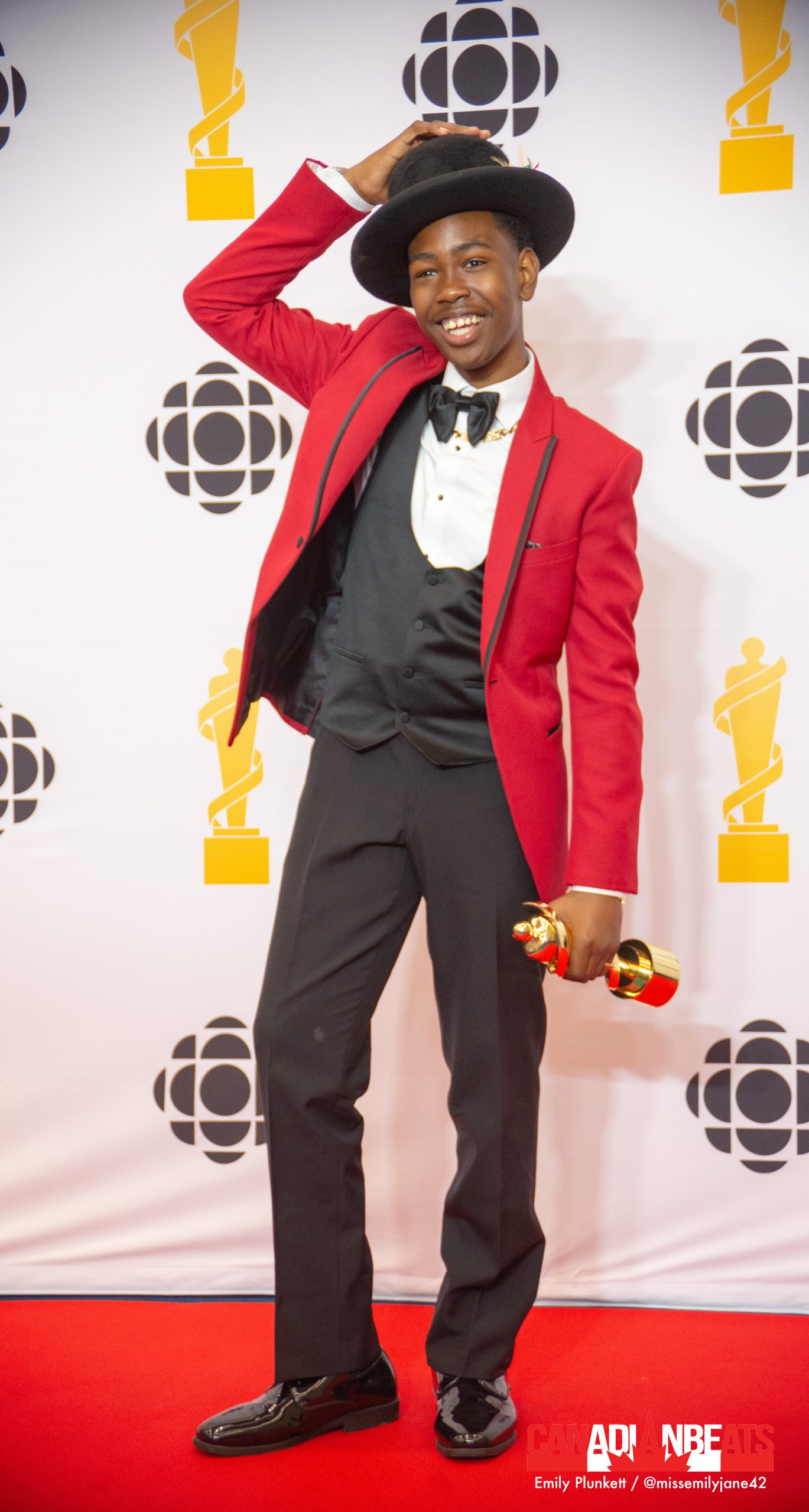 At only 13-years-old, Kairo McLean became the youngest ever winner of Reggae Album of the Year at Saturday night’s Opening Night Awards! 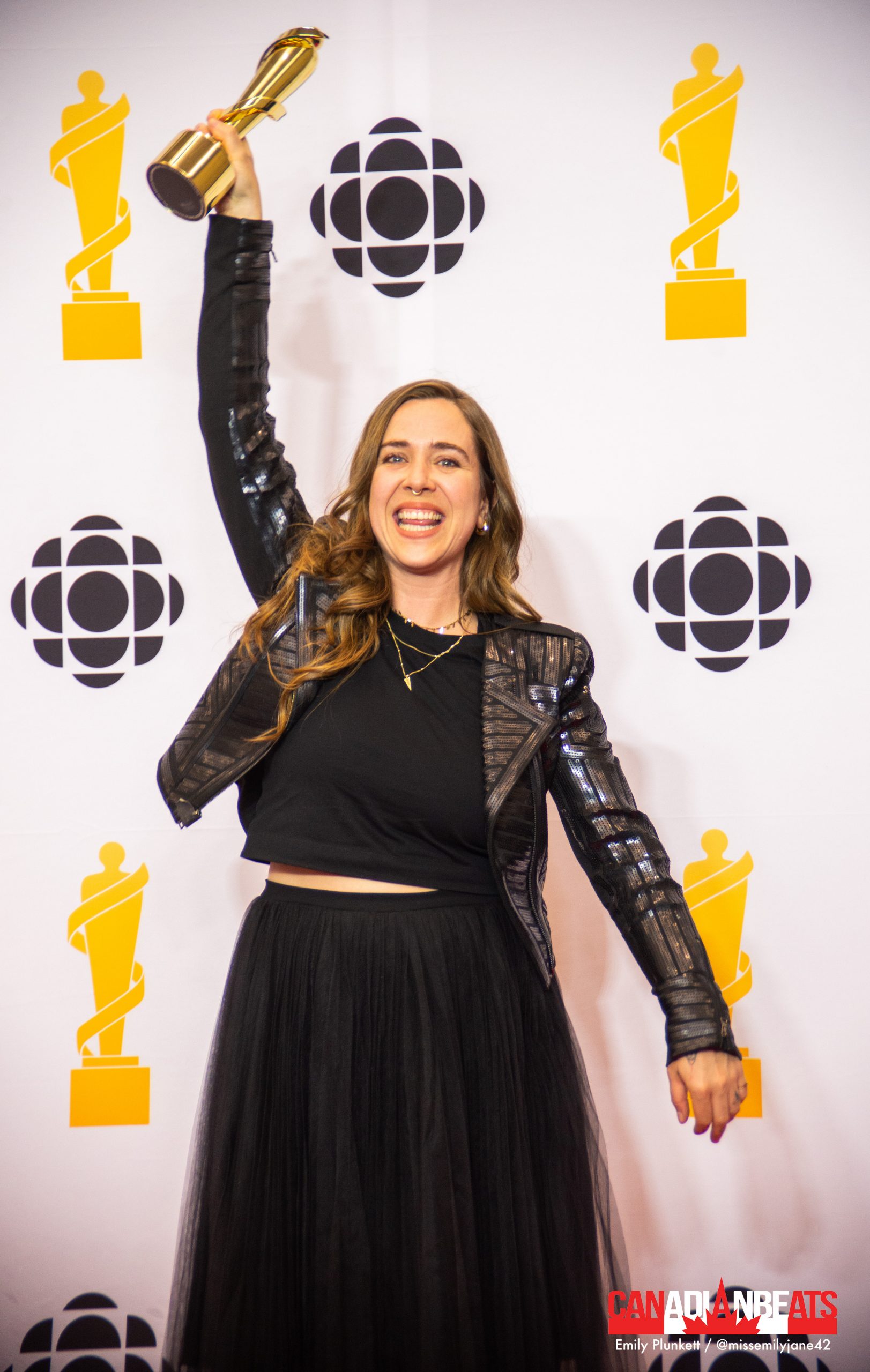 Fabulous as always, Serena Ryder celebrates her win for Adult Contemporary Album of the Year. 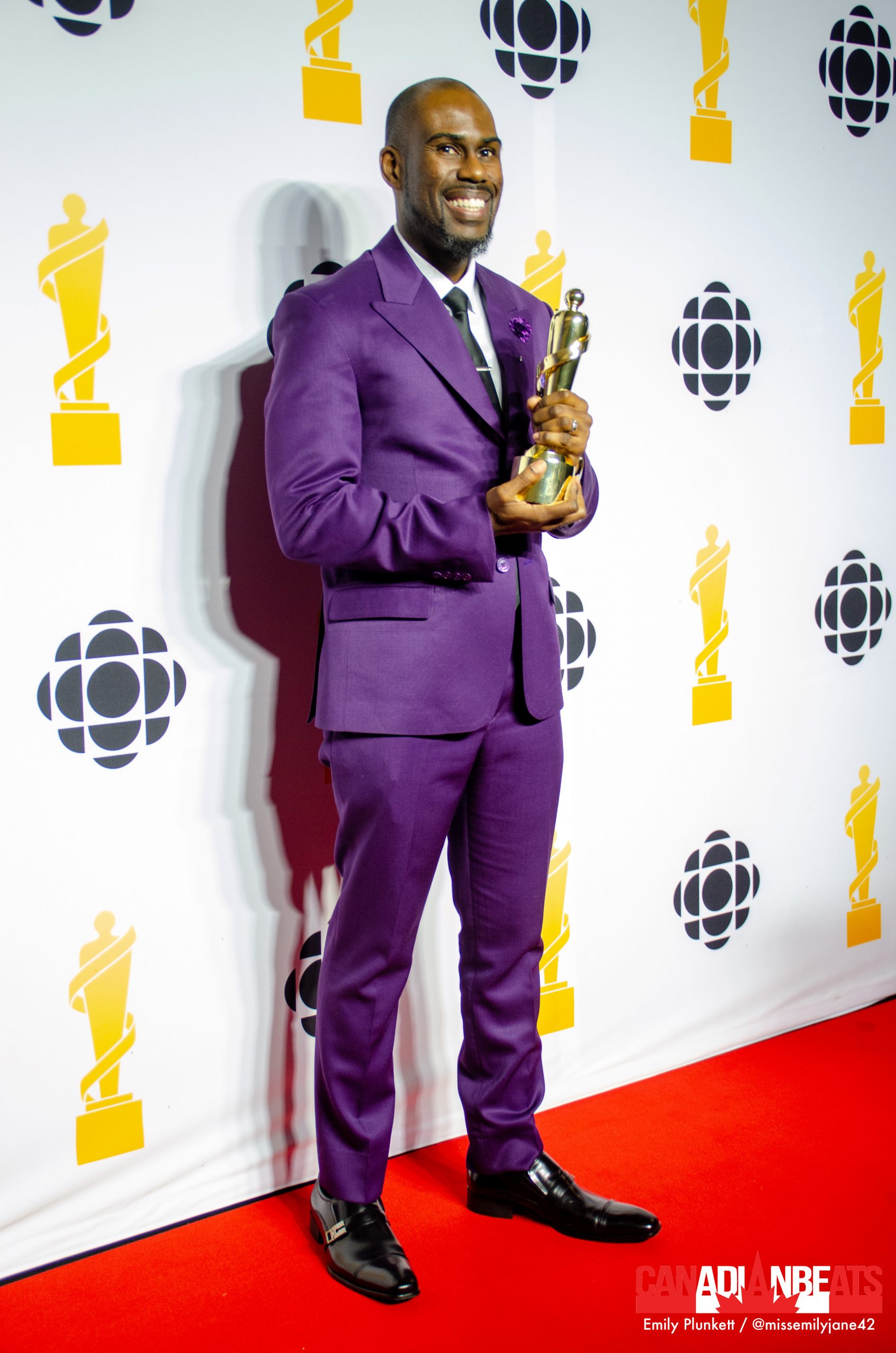 MusiCounts honoured teacher Darren Hamilton of David Suzuki Secondary School in Brampton, ON, as their Teacher of the Year. Darren used a grant from the 2021 MusiCounts Band Aid Program to build a hip-hop and R&B music program using DJ consoles to ensure the large population of Black students at his school saw themselves reflected in the programming. 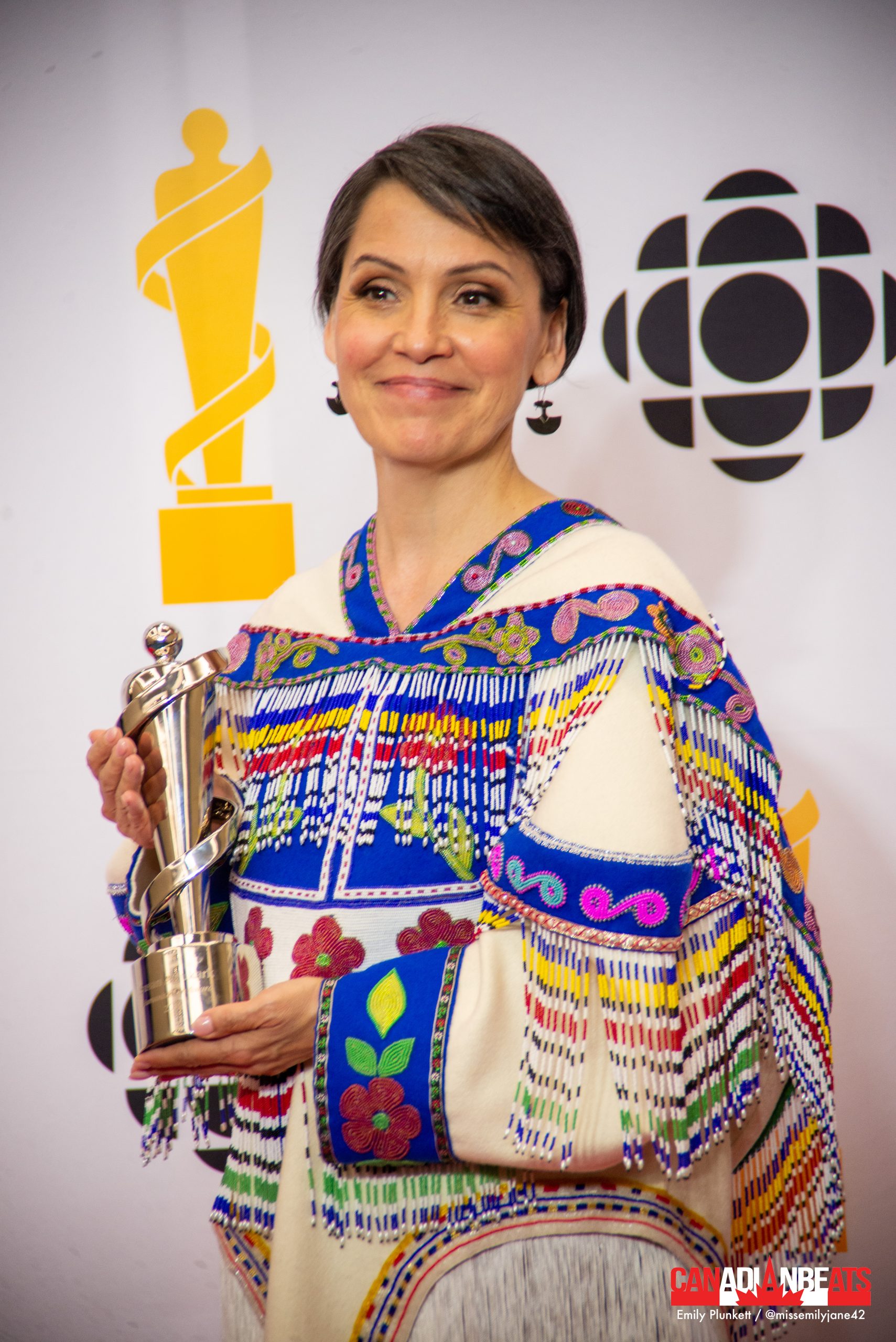 The legendary Susan Aglukark accepts the 2022 Humanitarian Award for her work with the Arctic Rose Foundation, supporting Northern Inuit, First Nations and Metis youth through culture! 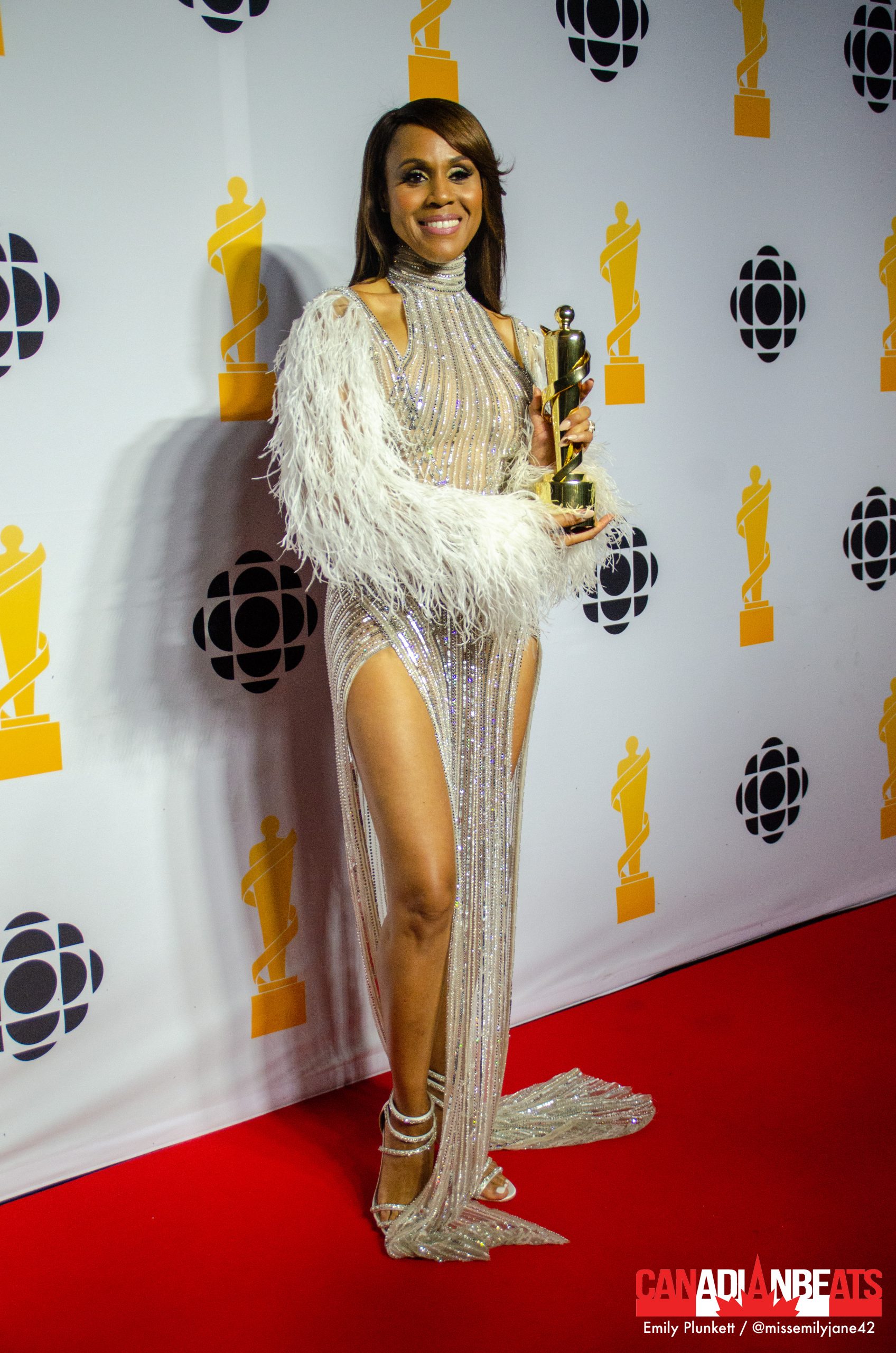 Celebrated recording artist and world-renowned Broadway, television, film, and fashion icon, Deborah Cox, became the first ever Black woman to be inducted into the Canadian Music Hall of Fame this weekend! 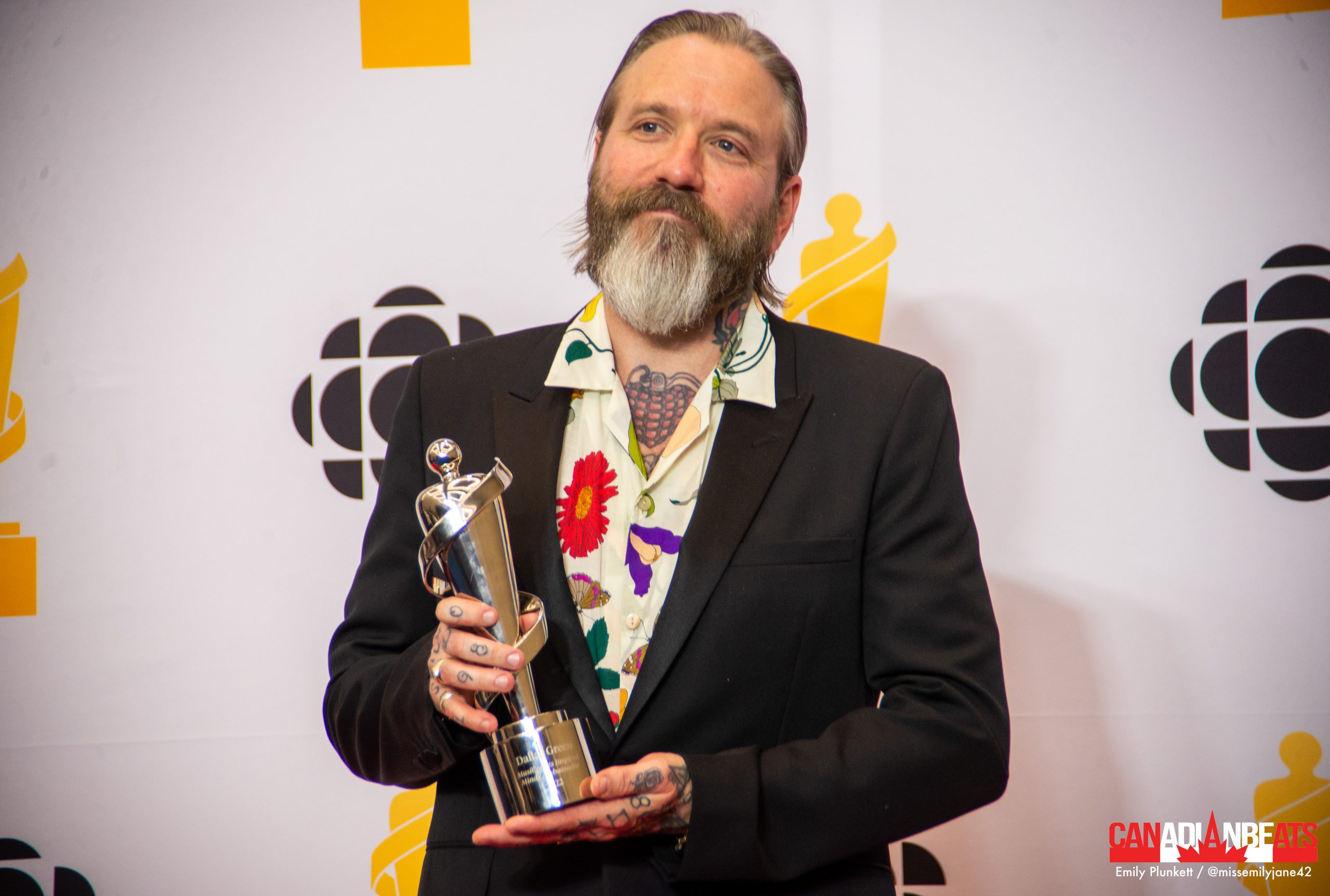 MusiCounts honoured City And Colour singer, Dallas Green, with the MusiCounts Inspired Minds Ambassador Award for his support of music education across Canada!