Home / Interviews / Sophia Fracassi shares on her new single, “But I Do”

Sophia Fracassi shares on her new single, “But I Do” 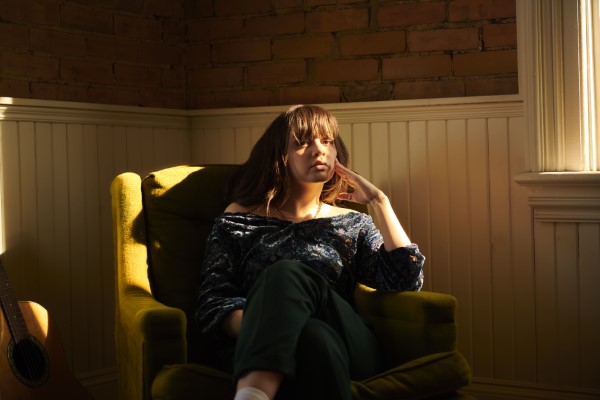 Sophia Fracassi unveils new single, “But I Do”  via Coalition Music

Sophia Fracassi is back! New music fans feel lucky when we receive one new single from talents like Sophia Fracassi, but make it two, and we’re over the moon! With “I Lied” and “But I Do” now available in the musical universe, Sophia has very quickly become one of the most honest and lyrically gifted artists we’ve seen in a long time.

The stories told in”I Lied” and “But I Do” are both so relatable. When it comes to writing, is there any limit to how much you’ll share?

I have actually been a very emotionally guarded person for most of my life. I have difficulty opening up to people in conversation about what happens inside my head or what has hurt me in the past/present. Writing music has been one of, if not the only gateway to releasing my emotions throughout the years. It’s like ripping pages out of a diary and being able to turn a big mess into something beautiful. Sharing my music has made me a more authentic version of myself and a much more open person in other areas of my life. I would like to say there’s no limit to what I would share in my writing, as long as I’m not using my words as weapons against other people. I want to deliver the story honestly but with grace.

How would you say you grew the most between your previous singles, “Wish I Never Met You”/”Somebody,” and the most recent single, “But I Do”?

When I first released “Wish I Never Met You,” I truly felt like a different person than I do now. It had been a long previous year of allowing the opinions of some specific people in my life to dictate how I felt about myself and what I thought was possible for my own life. I felt weak, lonely, and afraid. The most significant change I’ve experienced throughout this process is the slow discovery of who I am apart from anyone else. Discovering the things that actually make me happy, the weaknesses I’ve developed that I need to work on, and the things I have achieved that I honestly believed I wouldn’t be able to. “Wish I Never Met You” was about the people in my past who had hurt me, and “But I Do” is introspective of myself and the final storm before the sun comes out. It’s just the story of my own life.

I’ve seen names like Joni Mitchell & Taylor Swift in terms of some of your musical influences, but was there anyone more personal that inspired you to pursue music?

My parents are my biggest encouragers. I’ve wanted to be a songwriter & musician ever since I was a little kid, but I honestly had no faith in myself! I used to insist that there was no possible way I would even get the chance to try, and they would shake their heads and say, “there is absolutely nothing you can’t do.” I don’t think I could have done it or continue doing it without them by my side. I’m thankful daily.

The visualizer for your last single, “I Lied,” works as both what we know as a music video but also a (now more common) lyric video. How did you decide to combine the two, and is there a visual component coming for “But I Do”?

The lyrics of “I Lied” matter so much; I think it was only suitable to have them take centre stage. It helps accentuate the story we have spun throughout the video and brings new meaning to the visuals. “But I Do” also has a killer visualizer that begins where the “I Lied” video ends. Like all of the music I have put out so far, these songs are connected and tell the story of a girl who was in a lot of pain and then slowly but surely began to get better.

What are you hoping to accomplish over the next few months?

I have a lot of excitement planned for the next few months! Currently wrapping up a project that I can’t wait to share this summer, and it includes some of my favourite music that I’ve created so far. It all feels like I’m writing the end of “chapter one” in a really, really good book.