Home / Interviews / CJ Cooper shares on her sophomore album, Are We There Yet?

CJ Cooper shares on her sophomore album, Are We There Yet? 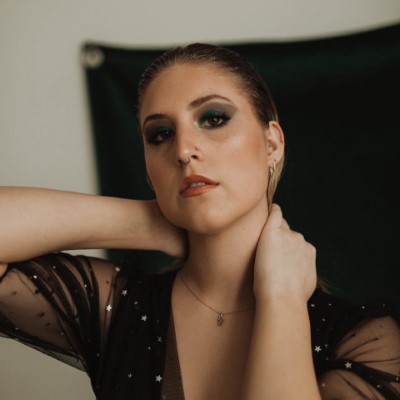 CJ Cooper,  the 21-year-old Guelph, ON-based artist is back with her sophomore album.

CJ Cooper has unveiled her highly anticipated sophomore album, Are We There Yet? The ten-track album is a follow-up to her 2018 release, Look Ahead. The album features previously released singles, “Red Flags – Radio Edit,” “Never Alone,” “Besties For Life,” and “Out of the Shadow,” and if you enjoyed those, I’m sure you will enjoy the rest of the release.

After four years in the making, CJ was happy for her fans to hear her new album, the growth in her writing,  and how she has matured since, Look Ahead.

Listen to Are We There Yet? below, and find out more about CJ Cooper via our mini-interview.

My name is CJ Cooper, and I’m a 21-year-old singer/songwriter from Guelph, ON. I play acoustic guitar and piano and have performed professionally since 2013. I released my first album in 2018 and have sung from Toronto to Vancouver for various shows, sports teams, weddings, and other events.

You have unveiled your sophomore album, Are We There Yet? what was the writing process like for this release?

Most of the songs were written while I was in college in Toronto, and I had the ability to co-write with other artists and try new writing processes I hadn’t considered before. I was exposed to many new styles of music and ways of writing that have influenced how I approach songwriting now. I don’t think I ever put that much thought into going back and rewriting songs when I was younger, but I’ve been able to salvage stuff that hasn’t worked and look at it another way and re-invent it.

You released your previous album, Look Ahead, in 2018. How has your sound changed between these two releases?

When I wrote “Look Ahead,” I was in high school. All of those songs were created from a 13-17-year-old point of view. Not to ever diminish my feelings of that time, but I’ve dealt with more challenging and impactful situations in my life since then, so the themes are more mature on this album. I have a better sense of self-being, almost 22 now.

“Are we there yet?” was written through 2 years of college, a pandemic, my first big breakup, my dad having cancer, and more. I collaborated with new artists on this album, worked with three different producers, and generally knew what I was doing, more so than on my first album. It was a big learning curve, but I had the confidence to try new things with my music this time around.

Your sound blends pop, country, and rock; who have been the main influences in your music career?

Taylor Swift was definitely my main influence growing up. Watching her transition into other genres has been very helpful because I’ve always struggled to define myself and my music. I pull from lots of different artists these days. It changes all the time, and I’m into experimenting with new styles that push me out of my comfort zone. Recent influences include Tate McCrae, FINNEAS, Lizzie McAlpine, and Ben Platt.

I’m releasing a couple of music videos this summer after the album release, I have a mini tour booked throughout June, and I hope to have a limited run of vinyls for sale in the fall for my new album.