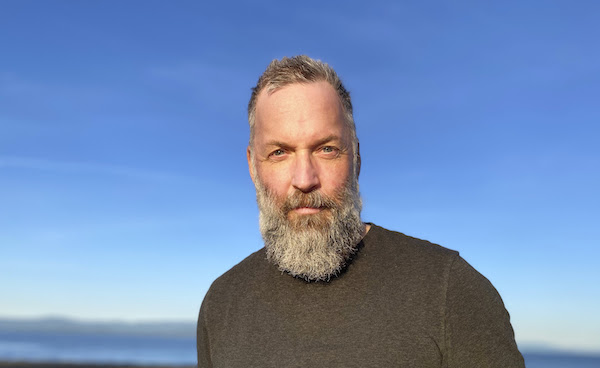 WiL releases a new single from his new album, The Gold Mine

WiL, the BC-based singer-songwriter, recently released his single, “Precious,” from his sixth album, The Gold Mine, which he shared today. “Precious” follows the previously released “I’m Sorry.”

Many of the songs on The Gold Mine deal with the realities of being in a long-term relationship – the good, the bad, and the ugly. “Precious” speaks to going through difficult times with your partner and then coming out on the other side and realizing how much that person means to you.

“If you’ve lived enough time, there comes a point when you look around you and realize who really matters,” says WiL. “It could be a person or pet or whatever. And you know your life is that much more enriched for having them in it.”

Listen to “Precious” below, and find out more about WiL via our mini-interview.

My name is William Mimnaugh. I am a singer-songwriter living on Vancouver Island. I write Folk – esque roots/rock songs and perform them live mostly as a duo with my long-time drummer Keith Gallant.

You have recently released your new single, “Precious”, what can you tell us about the writing process behind the single?

This song idea was born from an opportunity I was given to score a commercial spot. It was so well written and filmed and that in itself inspired me. It was about a sweet older cowboy gent getting ready to head into town with a gift for his granddaughter. The viewer can tell he is a widower as the camera pans to a mantel with a photo of himself and his late wife. It really resonated with me on how precious it all is, generationally; from the newborn’s first birthday to his chapter in his life as a widower and also grandfather.

The single is from your sixth studio album, The Gold Mine, which is set for May 13, 2022, and follows the previous single, “I’m Sorry”, do these two tracks give the listener a good indication of what to expect on the album?

The songs on this album were written over the course of the last four years and a lot went on over the course of that time span, not to mention Covid and what effects that have had. We ended up selecting the tracks that best suit this ‘collection’ so to speak but I am looking forward to the feedback from say, listening to ‘I’m Sorry’ then ‘A Boom Boom’. They are both so different and both are a bit of a haymaker in their own ways but the good kind of haymaker if there is such a thing!

How do you go about choosing which tracks you unveil as singles?

I chose to leave this choice entirely up to my gal Caroline, ( who is my manager ) along with some input from my music/life guru buddy Dan McManus who I do commercial work for through Six Degrees in Calgary. I even asked our publicist, Jen Fritz, to weigh in as I felt she would have a good perspective being a music buff. Interestingly, I would not have chosen these two and am only happy that they saw something more in them than I could as the response thus far has been so wonderful.

You have a string of tour dates happening now, what’s it like being back on stage after such a long break due to the Pandemic?

Simply put, it is EVERYTHING. We are a live band through and through and consider ourselves a ‘moving’ company as we are in the business of moving people’s souls. We never take it lightly or for granted. On this tour, we’ve seen fans actually start crying because for them it was their first time out to a show in over two years and they were just so happy and emotionally overwhelmed but in a good way.….it is the physical space that is occupied with us all in the room that makes this thing we have work so well.

Related ItemsBC MusicfeaturedFritz MediaI'm SorryPreciousSponsoredThe Gold MineWiL
← Previous Story Kriss the Sky – Five Questions With
Next Story → CJ Cooper shares on her sophomore album, Are We There Yet?