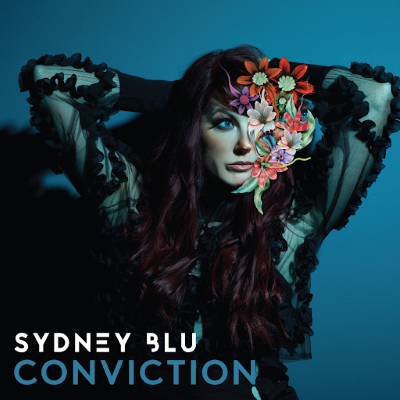 Sydney Blu, the Canadian DJ, and producer receives a JUNO nomination for “Electronic Album of the Year”

Sydney Blu has received a nomination for “Electronic Album of the Year” for her album, Conviction, at the 2022 Juno Awards. The Awards will take place on May 15, 2022, at Toronto’s Budweiser Stage.

Sydney received this honour less than a year after she successfully campaigned and convinced the awards ceremony to add the “Underground Dance Single of the Year” category, of which she is now the Chair. It will shine a light on other talented underground electronic artists in Canadian nightclubs for years to come.

Conviction is a masterfully constructed electronic album that hooks the listener up with a need to get down. It was released on March 12, 2021, through Sydney’s record label, Blu Music. The 15 tracks feature a variety of synths, percussion loops, and ambient vocals.

She uses them to build and release tension, deliver earworm melodies and channel an almost non-stop flow of energy. The album’s lead single, “Monologue,” is reminiscent of classic 1980s electronic music. The album goes on to reflect years of Sydney’s experience mastering beats and making music flow seamlessly.

Listen to Conviction below and learn more about Sydney Blu via our Five Questions With segment.

My name is Joanne Hill, but I go by Sydney Blu. I DJ all over the world and make electronic music. I own a record label called Blu Music, and I am chair of the JUNO award for “Underground Dance Single of the Year, which was incepted this year for the first time! I also run a women’s campaign called #23by23, which encourages labels to sign women, trans and non-binary artists.

I recently released an album called Conviction, three years in the making. I started writing it in Berlin and then finished it in Canada. It has received a nomination for a JUNO for “Electronic Album of the Year.” I also have just released two new EPs since called Slumber with a Key and Seven Wonders which came out in 2022, and a remix album for Conviction. Some of my favorite electronic musicians helped on the remix album.

Well, things are back in action now. I’m finally touring because the pandemic is ending. During the pandemic, I released my album and did a lot of live streams but now that things are wrapping up with the pandemic, I’m back on the road and excited to be hitting several spots this summer.

I love Alanis Morrisette, so definitely her. She’s brilliant, and I’ve been a fan since I was a teenager!

To tour as much as possible since I was off for two years and make lots of new music. I’m living back in Toronto, so it will be good to play around the city again.