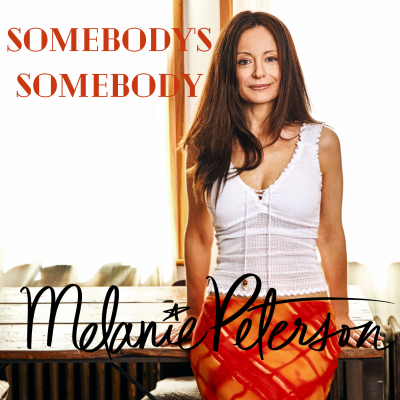 Melanie Peterson, the Toronto-based folk-pop singer-songwriter and actress, has unveiled her new single, “Somebody’s Somebody,” along with a music video to accompany the release.

The single is the first release from her upcoming EP, We Got This – Side Two, which drops on September 2, 2022. The EP follows the 2020 release; We Got This.

“Somebody’s Somebody” is an upbeat tune about finding love and perhaps how to keep it. The single was recorded at Revolution Recording in Toronto and was produced and mastered by producer-musician Mitch Girio. The song features Peterson on lead vocals and acoustic guitar, Girio on lead guitar, Peter Collins on bass and backing vocals, “Lucky” Pete Lambert on backing vocals, and Mark Mariash on drums.

“When I first heard this song, I could feel the visceral drive and message. Melanie’s laser-focused words and melody made it easy to deliver the “no nonsense” attack of Mark Mariash and Peter Collins rhythm section. This is pure pop, people!”

“The song is about a breakup that happened years ago between two friends of mine. They both still hold on to the memory of that relationship, and I believe it’s because, ultimately, they are each other’s somebody. Originally, the song had a bit of a clunky outro, but then my producer Mitch suggested we end with the verse’s chords, which gave it a strong ending.”

Nick Lim edited the video. In special honour of Peterson’s fans, friends, and colleagues, the video is a montage of photos sent in by them.

Watch the video below, and find out more about Melanie Peterson via her socials.

My name is Melanie Peterson. I’m a Toronto-based, Saskatoon-born singer-songwriter and actress.

“Somebody’s Somebody” is the first single from my soon-to-be-released EP, We Got This – Side Two. It’s a song that encourages listeners to reach out for love waiting for them.

During the pandemic, I performed many live stream concerts and kept on releasing new music and new music videos. I found I could keep myself in the public eye, at least virtually speaking, this way.

Such a great question. I could name at least ten, but perhaps, if I have to choose just one, Daniel Lanois.

To successfully release my new EP, We Got This – Side Two, and expand my audience while connecting in a meaningful way with my current audience.