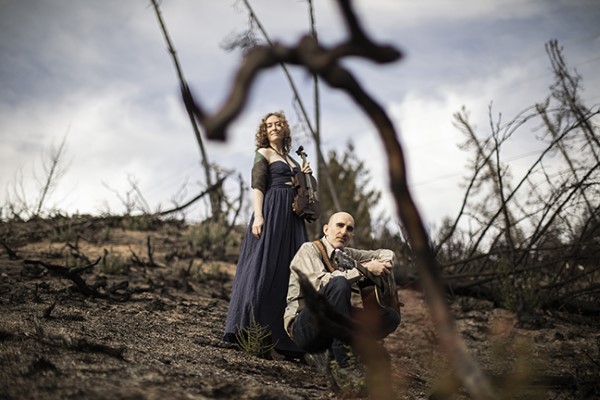 Dan Frechette & Laurel Thomsen, the Canadian-American folk duo, unveiled their new single, “Money Shouldn’t Talk That Strong,” and a music video. The single is from the band’s recently released fifth studio album, After The Fire

Drawing on their collective experience traveling the American landscape and witnessing the devastating effects of poverty and addiction, the verses about nonspecific problems set the stage for the shift, “in the vibe of the song, of course — but hopefully also in policy, focus, and more,” they share.

While heading back to California from a Canadian prairies tour in 2019, the impending US presidential election and hostile economic conditions made the issue hard to turn away.

“From politics to the housing and homelessness crises, to climate and catastrophes, the common thread seemingly being that money often gets the last word.”

Laurel Thomsen’s inspirational lyrics accompany Dan Frechette’s moody guitar playing, which gleans from the hope of those negatively affected by public policy in a non-partisan way. With ease, the song emphasizes “universal sentiments, dreams, and goals rather than putting weight into past grievances or the stance of any particular race, religion, or side of the political spectrum.”

“Overall, the song is intended to leave people feeling uplifted and inspired and — with Dan’s rocking backing band and my violin, viola, and cello trio — reinvigorated to do what they can to help create a fairer world,” Thomsen adds.

Watch the video for “Money Shouldn’t Talk That Strong” below, and stay connected with Dan Frechette & Laurel Thomsen via their socials.