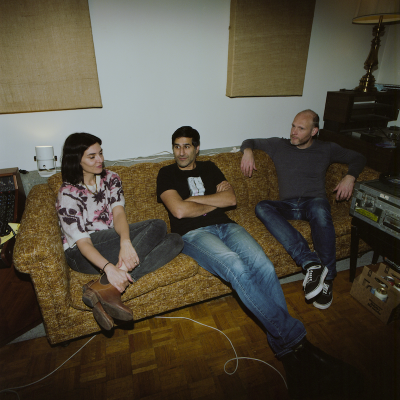 The Royal Alberta Advantage (The RAA) has recently shared a new video created by 3D video artist Jared Sales for their single, “3 Sisters”, taken from the band’s surprise EP, The Rise, which was released in March via Paper Bag Records/ Saddle Creek.

“So much of the emphasis of touring focuses on getting in front of people, playing some songs and making a human connection, which we’ve all been craving for a while now,” says lead singer, Nils Edenloff. “However, outside of those few moments on stage, there are countless hours spent planning, packing and travelling from one city to the next.  While the time on stage often flies by in a blur, it’s the long drives and quiet stops that can be the source of some equally long-lasting memories.  We’ve been friends with Jared for a long time now so it was great to finally have a chance to work with him for “3 Sisters”. He did an amazing job capturing the feeling of the ebb and flow of being on the road, while also capturing the excitement of the song itself.”

The accompanying animated video by Jared Sales is as beautiful as it is charming. The piece was created by using 3D animation software, and Sales explains;

“We wanted to show the synergy a touring band has with each other, their audiences and the landscapes between them. Stylistically, we told the story from a bird’s eye view and using 3D animation was the most effective way for me to bring it to life.”

Check out the video for “3 Sisters” below, and find out more about The RAA via their socials.