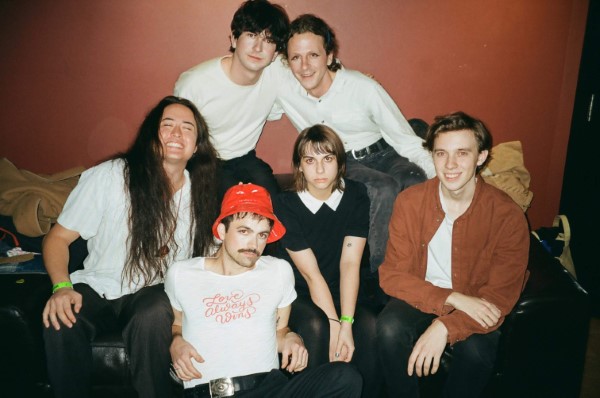 Victoria, BC-based experimental alt-rockers, Pastel Blank are back with a new single, “Attention! Shopkeeper”. The band has also announced their debut EP, Pastel Blank, for a June 3 release.

Discussing the single, songwriter Angus Watt noted that the song,

“is based on an experience I had while working at a bookstore which left me feeling ambiguous about how we treat those who have done something wrong… one night in December, as we were closing up the store, a woman was caught by the owners trying to steal a few children’s boardbooks. They called the police, and in the meantime, brought out their children to ‘show the thief whose mouth she was stealing from’. As the woman quietly cried, my co-worker asked her who the books were for, and she responded that they were going to be Christmas gifts for her family. Theft is wrong, yes, but the use of shame as a weapon towards this woman felt unnecessarily cruel. If we want people to be better, kinder, more compassionate, we must first extend that grace ourselves.”

The single follows the previously released, “Terracotta Sunroom“, which was featured on Qobuz “New Indie” playlist, and also garnered airplay on CBC Radio 3.

The sextet will be performing in Victoria, on May 14 at Phillips Backyard, with Future Islands and The Zolas.

Check out “Attention! Shopkeeper” below, and stay up to date with Pastel Blank via their socials.