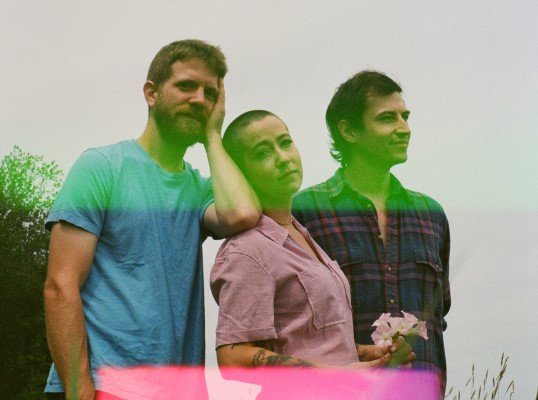 New Brunswick-based Avant-rock trio, Motherhood has unveiled their new single, “Shepherd”, which arrives as the second preview to their upcoming album, Winded, set for release on June 24, 2022, via Halifax-based label, Forward Music Group. You can pre-order Winded, HERE.

“Shepherd”, which has dropped into rotation over at CBC Radio 3 follows last month’s track, “Ripped Sheet” arriving as another hint of the boisterous, thrashing new record, Winded. Written with Murakami and Thomas Pynchon’s Inherent Vice in mind, the unnervingly sweet single was one of the very first songs the band started writing for their new album – way back in April 2020 during the initial lockdowns –  and one of the very last to come together. Fast and poppy, the band tried to emulate Beach Boys, Tom Waits, and Man Man but in the end, ended up with something that is none of those things… or maybe all of those things?

“I kept picturing someone walking through the halls of a motel, with shag carpet and cigarette smoke,” explains Motherhood member Penelope Stevens. “The demo was originally called Creepy Motel, for that reason, even though the song ended up being about sheep. We spent a long time playing with major and minor transitions, taking inspiration from the Marty Robbin’s Gunfighter Ballads and old westerns. Then Brydon (Crain, singer) wrote the verses and chord progression, and we battled it all out until basically the night before we went into the studio. For being such a hard-won song, it ended up being one of our collective favourites, for sure.”

Check out the video for “Shepherd” below, and stay up to date with Motherhood via their socials.