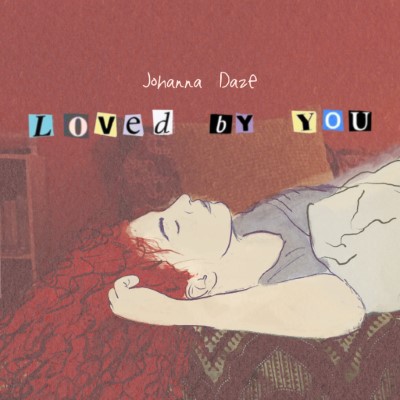 Kitchener-Waterloo, ON-based, Johanna Daze has recently unveiled her new single, “Loved By You”. The single is the first offering from her upcoming debut EP, which is set to be released in July 2022.

Written by Daze, “Loved By You” is produced, recorded, and mixed by Mackenzie Jorgan at Locust Ridge Records, and mastered by Peter Beacock.

“Loved By You” is a bold exploration of longing and first love wrapped in bluesy guitar riffs, sultry vocals, and an infectious rock groove.

Check out the lyric video below, and find out more about Johanna via our mini-interview.

My name is Johanna Daze. I’m a singer-songwriter and guitarist from Kitchener-Waterloo Ontario. I’m 27 years old and I have three cats.

You have recently unveiled your new single, “Loved By You”, what can you tell us about the writing process behind the single?

“Loved By You” was written very naturally in late October 2014. I had gone through some major changes in my personal life and was coming to terms with some of those things. I remember hearing the idea in my head: “I just wanna be loved by you…maybe there’s a lot of things that you’d rather do”. I sat down on the floor of my bedroom to write a very stream of conscious ballad start to finish. It was a very natural and cathartic process for me. I remember feeling proud of this song after initially writing it because it was so honest and vulnerable.

You have been hard at work on your debut solo EP, which is set for release in late 2022 or early 2023, what can we expect from the release?

You can expect something tender and thoughtfully sparse. Growing up listening to many styles of music, I gravitated toward anything that felt expressive to me. Artists like Amy Winehouse, The Beatles, and Janis Joplin have always stood out. I like the idea of building a song and seeing where it goes during the recording process. Being completely open to all channels of influence.

You worked with Mackenzie Jordan and Peter Beacock on the single, how was that experience?

It was really great to work with both Mackenzie and Peter as they’re both old friends of mine that I met when I was just starting out in the KW music scene in 2012/2013. Peter had mastered my first ever recording after I won the Kitchener Blues Festival’s Youth Legacy Showcase, which was featured on the 2013 Festival CD. Working with him on this felt like things coming full circle!

Mackenzie has been helping produce and record the EP at his studio “Locust Ridge Records” in New Hamburg. It’s been really amazing and comfortable working with Mackenzie. He has completely trusted in my abilities as a musician and songwriter. He knows when to take the reins and when to step back. I think that it makes a major difference working in the studio with your pals! Working with friends on this has been so meaningful to me and I wouldn’t have it any other way!

We’re playing Neighbours Day Festival on June 18th with the release of the EP coming in late July of this year. I’m looking forward to coming back to the music scene after a five-year hiatus, playing shows with my friends, and doing what makes me happy.