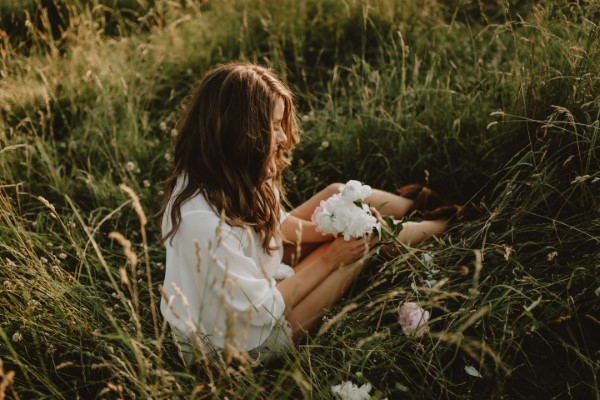 Guelph, ON-based country artist, Amberlea Bruch recently released her new single, “Benefits of You”, which is her fourth single release and serves as a prelude to her debut EP set to be released this Fall.

Written by Bruch and two Ontario artists – Rich Cloke and Greg Williams – “Benefits of You” was produced by CMAO-nominated Shawn Moore. An energetic and full-sounding country-pop hybrid, the single has a ‘90s Country with a modern pop twist. As vocals were cut live off the floor with a band in tow, the song captures the sound as a moment in time which mirrors the romantic snapshot of its theme.

“This song was written as an end to my dating era. I had been through many dating experiences that had me wondering if I’d ever meet someone I could truly be in a healthy relationship with. Suddenly when the world shut down, there he was along with all the things I’d never experienced before – the one you ramble on to late at night, look your best and worst for and it doesn’t matter. I wrote this song to remind folks that they deserve unconditional love in a relationship and to stand up for what they want on the journey to find it.”

Check out “Benefits of You” below, and find out more about Amberlea via our mini-interview.

I’m Amberlea Bruch, a country music singer-songwriter and artist. I’ve been chasing the music dream for as long as I can remember and in the last 11 years in particular, I have had the great joy of working with an incredible range of talented folks who have helped bring my first songs to life on streaming platforms.

Last year I released my debut single, “Something New” alongside two other tracks “I Won’t Fold” and “Usually”.

This year I’m excited to be releasing 3 tracks, the first of which is out now. It’s called “Benefits of You”. The remaining two will follow this fall as a part of an EP.

You have recently released your new single, “Benefits Of You”, what can you tell us about the writing process behind the single?

For “Benefits of You”, I brought the concept of writing about the benefits of being in a committed relationship into a session with Greg Williams and Rich Cloke.

After many years of dating and unrequited love, I had met my now boyfriend and finally understood what everyone in a healthy committed relationship had told me about love was true. That is if the person is right for you, you don’t have to be anyone but yourself.

So, I really wanted to write a song that captured the feelings of meeting someone who respects and reminds you of your worth. Greg and Rich and I wrote from that place and our experiences to bring the song to life. Once we had our concept, the song came together relatively quickly over a couple of hours and it’s stayed pretty much the same since we wrote it.

You worked with Rich Cloke, Greg Williams, and Shawn Moore on the single, how was the experience working with them?

I have known Rich and Greg for quite some time now and I always love getting to catch up and write with them. Their sense of humour and talent makes for a fun writing session, not to mention they’re both very talented artists as well.

I should mention that Rich also recently founded Cuttable, alongside fellow writer and artist Elias James. It is a Canadian community built to bring together artists and writers in Canada with the hopes of helping the right songs and writers find the right artists. If you’re a Canadian artist, no matter the genre, I highly recommend you check them out!

I have worked with Shawn Moore over the past two years. For my first project, we recorded all three tracks at Union Sound Company in Toronto, Ontario and then for this project, inclusive of “Benefits of You” we recorded at Catherine North in Hamilton, Ontario. Both sessions were really cool because I got to record my vocals live with the band, which for me contributes to live energy and feeling when you’re listening to the tracks.

“Benefits Of You” is from your debut EP, which is due this Fall, what can you tell us about the upcoming release?

I’m really excited to release a set of songs together. These songs were intentionally chosen for their thematic ties, so I’m looking forward to folks hearing them together. I think there is another layer of creativity to developing a set of songs for an EP or Album which I enjoy almost as much as creating the songs themselves. Being able to tell a story or illustrate a theme with a collection of songs is something I’ve wanted to do for a long time. I love a single but I personally also enjoy listening to an album or EP in its entirety to hear the story being told, so I look forward to listeners being able to experience that with the songs I’ve recorded. I can’t wait for everyone to hear it!

You are also a co-founder of The Songbird Series, which empowers women in country music, care to tell us more about this?

The Songbird Series was co-founded with my fellow artist friend Emily Clair. Together we wanted to create a space for female artists to grow through creating community and performance opportunities within the country music industry. Although the pandemic put most of our performance plans on hold, we are excited to announce in the coming weeks an upcoming writers round we have planned for this summer. For more information, be sure to keep your eyes on our Instagram page @thesongbirdseries.