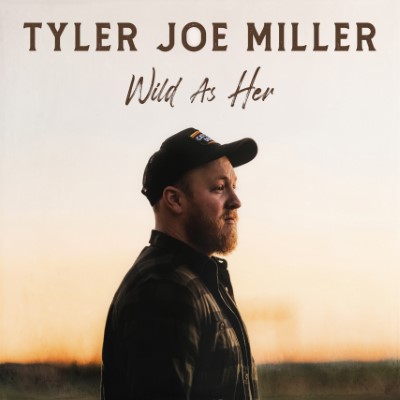 Canada’s chart-topping, 2021 SiriusXM Top of The Country winner Tyler Joe Miller shares the official visualizer for his latest single “Wild As Her.” The video, directed by David J. Redman, tells the story of a romance that starts one night in a bar and grows into something more. Miller appears in the video, singing the track while the hopeful chase of a guy trying to get the girl who, as Miller shares, is an ‘untameable rolling stone’ plays out in the background.

Miller says this about the video,

“We shot the video for “Wild As Her” in Nashville to keep the authentic Tennessee look to go along with lyrics such as “her heart’s like a feather in a Tennessee wind.” The video portrays what it’s like to be chasing after the girl that all the guys want to lock down. In the end it’s the guy who compliments her wild side that she’ll end up with.”

In 2021, Miller was nominated for four CCMA Awards including “Album of the Year,” “Male Artist of the Year,” “Rising Star” and “Fans’ Choice.” Continuing with the momentum from his 2021 meteoric rise, Miller is back in the studio is working on new music that will be released later this year.