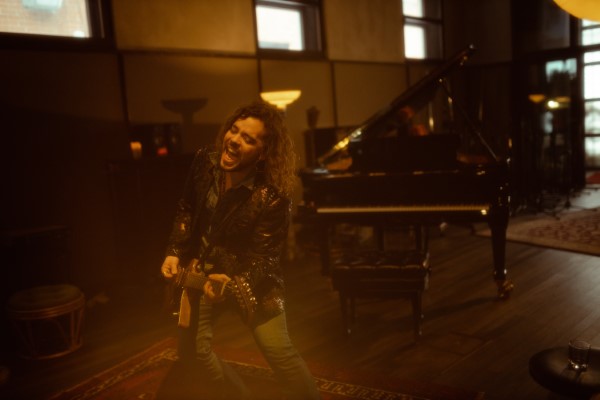 Quebec’s Ricky Paquette released his newest album, Sparks last November, more than 15 years after his debut. At only 12 years old, the young Gatineau (Quebec) prodigy Ricky Paquette signed his first record deal and made waves on the blues and rock stages across the province.

In 2019, Ricky Paquette sold almost all of his assets to buy a motorhome that he turned into a recording studio on wheels. Making his RV his new home, the artist took the road to Nashville to start the process of writing an album. Forced to return to Quebec when the pandemic hit, Ricky didn’t put his album plans aside and continued writing songs.

To share with the world the great experience making that album was for him, the country-rock singer-songwriter today releases Behind Sparks, a video and audio podcast about writing and producing every single track of that record.

In Behind Sparks, Paquette takes you inside his home studio on the step-by-step journey of creating his album Sparks. From songwriting and making arrangements to working remotely with producer Gordie Johnson (Big Sugar), Ricky Paquette tells the story behind each song and how they came to life in these 10 exclusive 10 minutes episodes.

In the series, Ricky reveals some original versions of his songs and how they transformed into what we can hear today on the record and shares the stories behind the lyrics, including meeting his girlfriend and the birth of his daughter, his road trips, and the inspirations that helped him create his unique British country sound. The last episode includes special guest Gordie Johnson from Big Sugar and tells us about their virtual meeting and how they produced the record remotely, without ever meeting in person, between Gordie’s Austin Texas studio and Ricky’s Joliette basement.

Be sure to check out the first episode of the podcast below, and stay up to date with Ricky via his socials.