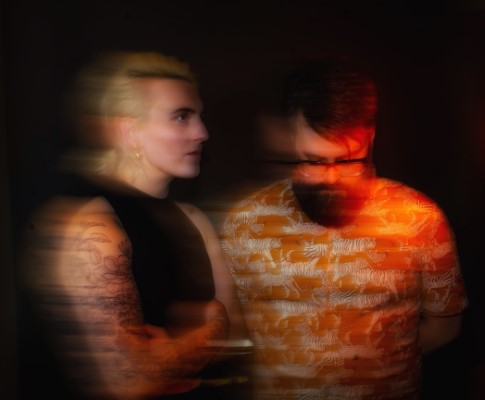 Built on a bed of acoustic guitar, four-on-the-floor drums, and dreamy electric leads, “Leaves” yearns for a time of young love and lost summers when uncontrollable emotion makes you do incomprehensible things.

“This was always that one little song that I’ve kept in my back pocket. It was almost like a small page ripped from my diary when I was a teen,” says Pillow Fite’s Art Ross. “Because I had written the lyrics so long ago, I truly never thought it would ever escape its coffeehouse vibe. But when I showed Aaron (Green) the song, he revamped it, re-contextualized it, and now it’s a song that invites the listener to reminisce about those reckless times.”

“Leaves” follows their previously released single, “Half Moon”, which has since been added to rotation at CBC Radio 3, and tees up Pillow Fite’s debut album due out later this year via LHM Records.

Watch the video for “Leaves” below, and stay up to date with Pillow Fite via their socials.