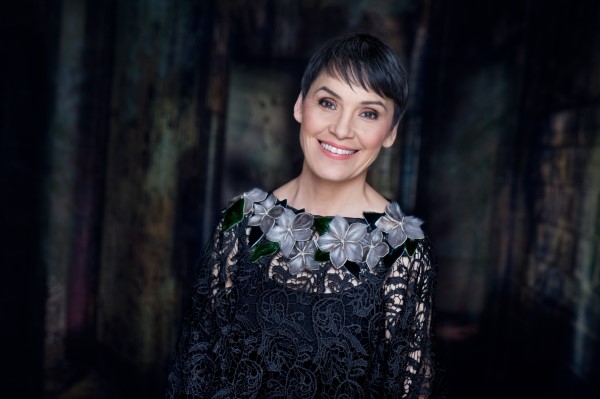 The Officer of the Order of Canada and Governor General Lifetime Artistic Achievement Award-winning artist’s 10th studio album tells a small part of what the Inuit ancestors’ journey might have been — and why it’s important to tell it from the Inuit perspective.

“Writing this album through our contemporary Inuit lens has been a lesson in belonging,” Aglukark shares of the release. “As we correct the narrative, we are also finding puzzle pieces in our own healing journeys — and what a privilege it is to have this platform to share these lessons from.”

Renowned for her unique blend of Inuit folk, country, and pop music, Susan Aglukark is Nunavut’s first-ever JUNO Award-winning Inuk singer/songwriter; she has won three and received an additional seven nominations.  This year, Aglukark will be recognized with the 2022 Humanitarian Award Presented by Music Canada at the 51st annual JUNO Awards this May.

Aglukark’s receipt of the 2022 Humanitarian Award is a tribute to her long-standing dedication to improving the lives of children and youth in Northern Indigenous communities. Through the Arctic Rose Foundation, her organization supports the emotional health of Northern Inuit, First Nations, and Metis youth through Indigenous-led, arts-based after-school programs, as well as other cultural and creative projects.

“It is an honour to receive this award, and a privilege to have had the opportunity to help create safe spaces for Northern Inuit and Indigenous youth to explore their own potential and forge connections through Indigenous-led programs,” Aglukark says. “I am proud of the work our team at the Arctic Rose Foundation has achieved so far, and look forward to expanding our footprint across the North to bring more culturally-grounded, adaptable programming to young people, and help engage, support, and inspire them in all aspects of their lives.”

“The conversations around reconciliation have provided an opportunity to change the narrative. The Indigenous people in Canada come from highly organized societies built on knowledge, process and organization – without which none of us would have survived.”

For Susan, art played a significant role in her healing journey and she believes it plays an important role for indigenous youth who are dealing with contemporary identity issues today.

“They need to be anchored to an identity and some of those connections are in our ancestors and their stories and we have a duty and a responsibility to engage our children and youth in the process of connecting with and helping them write those stories.”