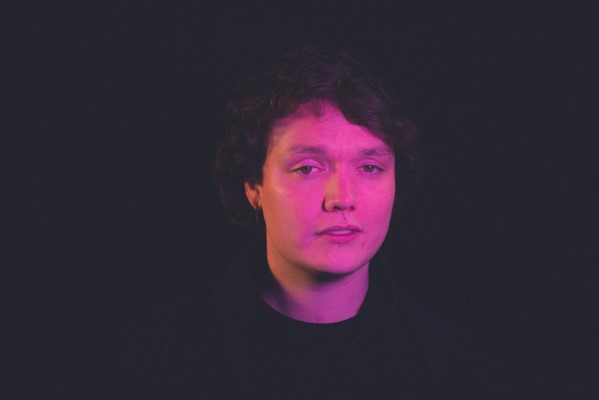 Once the terrible Covid virus swept the globe, he hid away and was derailed by depression after being given the time to reflect on a lot of personal issues over the course of the lock-downs. But amidst the struggle to remain relevant, he locked himself away in his attic studio and began pushing the boundaries of his music with a new idea of self-identity and the world around him. River Jensen is set to use his music in 2022/2023 as a weapon to target the significant social and political issues that are rapidly growing in our world. His fear and doubt about what our future holds will be displayed for the first time in this new single.

As soon as I began listening to the track, I found myself captivated with the beat, then you add in the lyrics, and trust me when I say, “Dirty Feeling!” will be stuck in your head all day long.

Check out “Dirty Feeling!” below, and find out more about River via our mini-interview.

Absolutely. My name is River Jensen! I’m a singer/songwriter from Peterborough. I grew up in Norwood, but I am almost at a point in my life where I’ve lived here in Peterborough for longer. Wild. Time flies.

You have recently unveiled your new single, “Dirty Feeling”, what can you tell us about the writing process behind the single?

When I wrote Dirty Feeling it was more or less on a whim. Most of the songs I write are like that. I can never sit with a song for a long time or else I get too picky about it. I remember seeing some leopard tanks being transported over the 401 by the military and it freaked me right out. With everything that is going on in Ukraine, it was easy for me to put one and two together and it sent me into full-on dread mode. So writing Dirty Feeling was literally about that exact feeling. I remember getting home and throwing on Land of Confusion by Genesis as a means of catharsis after what I saw. Then I started messing around with these big 1980s drum sounds in my studio and threw some distorted guitars on top. The lyrics just came to me since it was the right time and feeling for something a little heavier than Passion Ride. I just had to express my distaste for war and how leaders just mess about with it until it becomes uglier than it was. Then the citizens are affected and they call it an unforeseen disaster or something like that. When in reality it’s like “No, you kinda just did this to us.” I am not in any way pointing ONE finger. I don’t have enough fingers for all of them.

You made your start in 2020 with “Passion Ride”, then the Pandemic hit, how did you keep creative during the past 2 years?

Staying creative was difficult for a little bit. I really believe that not having a nine-to-five job really helped me understand more about myself, my relationships, and even my writing process. There were A LOT of kinks in my life that I did not even realize were there, to begin with. It was weighing me down badly. Although this whole pandemic was a terrible thing, I think that in retrospect, a lot of good was done during the lockdowns. I finally found a good pace in songwriting that keeps me reasonably picky in the process of it all, but confident enough now to say “that’s it, it’s done, print it and release it”. Otherwise, you just end up with a ball of doubt, and your fans can tell.

Do you have any plans for an EP or album release in the near future?

Absolutely! I have always been an advocate for releasing full-length records. However, there is a new way of going about releasing music now in the industry and I am weary of it. Basically what a lot of artists are doing is writing their music with the hopes of the song making a breakthrough on TikTok, rather than writing a song for the love of expression and then seeing if it does well on social media platforms. I think given the current set precedent in the music industry, releasing singles and then following up with two or three more songs to formulate an EP is the way to go, so that’s the way I will go. But don’t let the mental image of some hype beast conjuring up a dance routine to your next release ruin your creative process.

Definitely way more music than before. Since finding a better method of staying creative I find it easier to pump out songs. I work really hard on my music, but in the past, I was way too doubtful of my songs. Not this time ‘round. I refuse to let that get in the way of me doing what I love most. It really bothers me that for the longest time I was coveting a lot of songs that were either half-finished or still stuck in the blueprint stage. From this point forward I believe I will be more inclined to let my guard down and give more to my fan base.