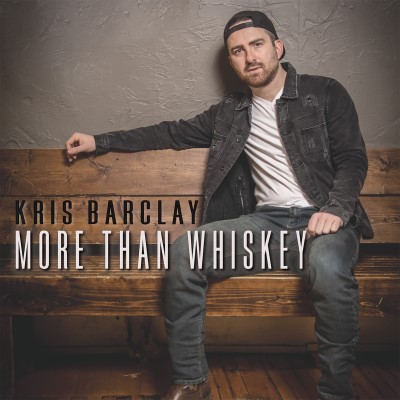 It’s been a ride for Kris Barclay. It all started when he was 13 and got his first guitar for Christmas in his hometown of Ajax, Ontario. As years went by, Barclay opened for such artists as Brett Kissel, The Washboard Union, The Road Hammers, Gord Bamford, and Dean Brody and that’s where he came into his own. At the 2018 Boots and Hearts Music Festival, Barclay was voted by fans as the wildcard entry into the Emerging Artist Showcase and went on to become the first-ever wildcard artist to win the Showcase, earning him a spot on the main stage to close the weekend’s festival and a trip to Nashville to write with some of country music’s top songwriters. Also, part of the win was a recording deal with Warner Music Canada, which saw the release of his debut single “Loved You Like That,” which has garnered over 1.5 million streams to date. Then in 2019, Barclay was nominated in the Rising Star category for the Country Music Awards of Ontario.

Off stage, Barclay has been raising funds for mental health and PTSD in the Veteran and First Responder community. Partnering with Wounded Warriors Canada, he was able to raise $4000.00 in 2020 for their programs.

I, through Canadian Beats, caught up with Kris Barclay, via email, for a quick Q & A about his recently released single, ”More Than Whiskey.” Check out my questions and his answers. It’s a very interesting read.

Tell us a bit about this tune and how you would best describe your music?

This song is about the regret of not putting your best foot forward in a relationship and a warning to the next person that comes along that they should give their absolute best. I think it really captures the emotion of that particular situation and the music behind the lyrics really adds to the mood. My music is one of two things, either really upbeat and fun, or it’s lyrical and storytelling and evoking emotion. I take inspiration from pop and rock music as well as obviously country music.

How did this song come about and what does it mean to you?

This song actually came from Meghan Patrick. She’s been a friend for years now, and I asked if she had anything she thought might fit me. She sent this demo over, which was co-written by Aaron Goodvin and Skip Black and it just clicked with me right away. When I played the demo for my team and my family, most people’s reaction was that it felt like something I might have written, so it just fit my style so naturally. Meghan nailed it when she picked this song! It means so much to have their trust in this song and to get to work with a great team putting it together and releasing it. I love putting out new music because I can connect with country music fans through the music and through shared life experiences. I can’t wait to be out playing it live all year.

“More Than Whiskey” was produced by award-winning producer Jeff Dalziel (Brett Kissel, The Washboard Union). What was it like to work with Jeff?

Jeff is awesome. On top of being a great producer and music guy, he’s also a big hockey fan so our sessions probably took way longer than they needed to because we were having such a great time hanging out and talking hockey! He was so inviting and positive and his style of recording really made the process so easy. It was natural to trust him with this project because of how approachable and about the music he is, and I’m super happy with the result.

What do you hope listeners will take away from this single?

I hope they really enjoy the music because I think everyone did a great job on the playing. In terms of the overall message in the song, I hope the message is to be grateful for what you have in a relationship because sometimes regret is more painful than losing the person in the relationship.

Last but certainly not least, what do you want to be known for by your fans?

I’ve always been about the music and particularly the live music with country music fans. I want to be known for being myself, and being honest, putting out music that really resonates with me. Hopefully, after one of my shows, people have moments of excitement and fun with upbeat songs about good times, and also feel some emotion with the lyrical side of country music and the storytelling that exists in country music.

We, at Canadian Beats, thank you Kris so much for taking the time for this interview and helping your fans get to know you a little more. We wish you much success with all the great stuff that is coming your way.