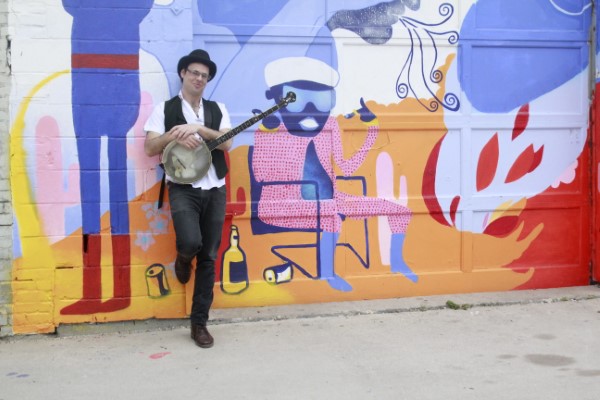 In August 1980, Winnipeg Folk Festival founders Mitch Podolak and Ava Kobrinsky produced a tour across Alberta called The Travelling Goodtime Medicine Show. The tour was a school bus full of now-legendary musicians – Sylvia Tyson, Stan Rogers, Connie Kaldor and Jim Post – travelling from town to town, bringing one-day mini-festivals to each of these communities. This tour was an important catalyst for the founding of The Calgary and Edmonton Folk Festivals, also laying the theoretical framework for an organization that would begin to take shape 25 years later: Home Routes.

To celebrate its 15th anniversary, Home Routes has rekindled the name from those legendary concerts that laid the foundation for Canada’s folk music institutions and created a new concert series, unlocking new artistic expressions and creative collaborations.

The 2022 version of the Travelling Goodtime Medicine Show is a series of 5 streaming concerts from premier music venues, available to everyone, everywhere. What could be more folk than that? The final concert will take place tonight (April 29, 2022) at 8 pm featuring Del Barber, Double The Trouble, and Bobby Dove at West End Cultural Centre in Winnipeg. Tickets are available HERE.

These are streaming concerts available to anyone worldwide. Concert streams will be available for 48 hours from posted start time. 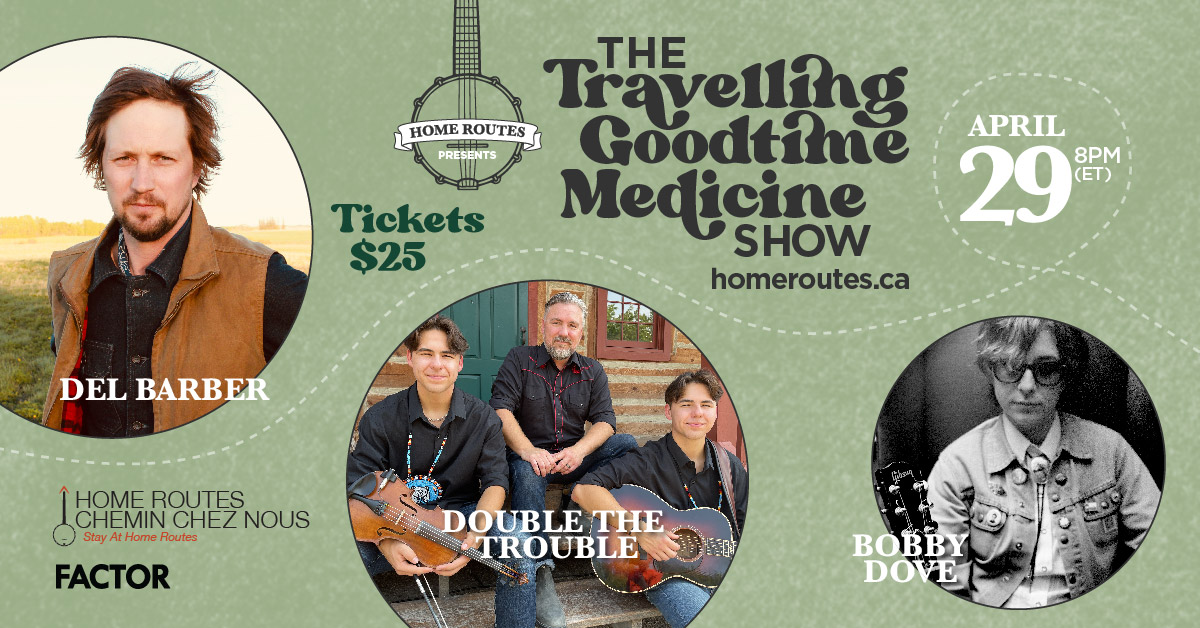 We had a chat with the Executive Director of Home Routes, Leonard Podolak to chat about this year’s event.

My name is Leonard Podolak. I’m the Executive Director of Home Routes/Chemin Chez Nous. Many in the folk biz know me as the banjo player of Canadian Juno winning roots band, The Duhks.

How did the idea of Home Routes come to be? Where did it all start?

My father, Mitch Podolak, who started The Winnipeg Folk Festival and others like it, realized when our band (who at the time was represented by the world’s largest talent agency CAA in Nashville) had one show in Michigan and the next in Edmonton, a week apart, and no gigs to get in between, that more infrastructure was needed.

This is the 15th Anniversary of the Home Routes tours, how has it changed through the years?

Mostly the concept has stayed pretty much true to the founding methodology, which is to recruit a volunteer host who will transform their homes into mini-concert halls and host the artist and their neighbours and friends.

Hosts put up and feed the artists, saving them food and lodging costs. Going forward, we are looking forward to including more public space and engaging more community stakeholders in every town, creating more talk and more people for attendance.

This year’s event has rekindled the name from past legendary concerts, The Travelling Goodtime Medicine Show, which laid the foundation for Canada’s folk music institutions. What made you decide to do this?

The original event was a travelling Chautauqua that went from town to town. A folk music variety show. Without knowing it, this tour, produced by my dad, planted the seeds in his mind for Home Routes.

He always spoke about more travelling festivals, and this experience is what made him realize you could engage with communities across a wide space to make something big for all to enjoy. The house concerts are the same concept on a smaller scale.

As we pass through two years of the pandemic, having produced many online shows, and now are gearing up for tours, we wanted to produce a show that incorporates artists from all over the country. We enlisted like-minded venues and organizations to partner with, to produce something online that draws attention to the tours and the history of the organization, as a bridge-builder between communities and musicians.

This year’s event has been a series of 5 streaming concerts from premier music venues, which made it available to everyone, everywhere. How did the events go?

They were wonderful. All of the artists had a very good time. They were especially grateful to be able to collaborate and have fellowship with others, something we all took for granted in the past.

The audience has really enjoyed it and there is a lot of anticipation for the final show (airing on April 29th) featuring Bobby Dove, Del Barber and Double The Trouble.

All the artists have such amazing talent and luckily for us, they were really happy to be there. And we were extremely honoured to have them.