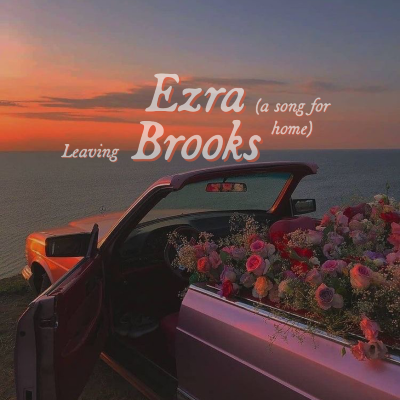 Along with the simple piano and sparse string arrangments, “Leaving” offers a newer sound for Ezra, quite reminiscent of the tone of something like Coldplay’s 2003 hit “The Scientist.”

“Leaving” is cinematic in feel and sounds like a song playing as a person reflects on the good times of their life, as the present slowly crumbles. Perhaps this person has physically left home or maybe mentally, they have been checked out for some time.

“It’s a song about family, friends, and growth and doing the right thing for yourself while reminiscing on the past,” says Ezra.

The outro is heartbreaking, as home recordings of family and friend gatherings crack in and out as the deep strings slowly lull the track to a close. It’s a track you’d expect from an artist well into a decade of their career but for Ezra, it comes just after two.

“Leaving” is Ezra’s first piano ballad and this theme will also be present on his next single “Lilac,” out in mid-May, so stay tuned for that.

Listen to “Leaving” below, and stay up to date with Ezra Brooks via his socials.