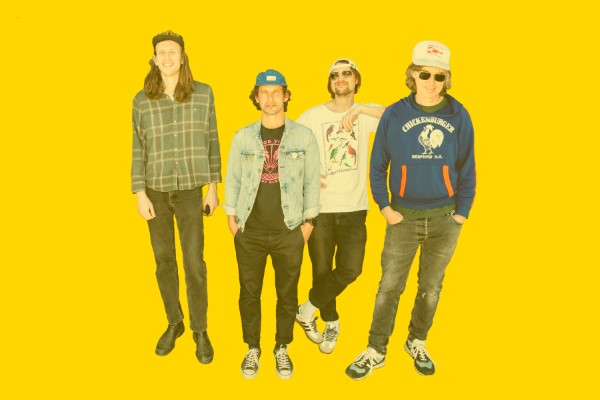 Hot off the heels of their previous single, “Reckless Reckless”, Canadian supergroup, Anyway Gang is back with their new single, “Real Thing” from their upcoming sophomore album, Still Anyways, which is set for release on May 6, 2022, via Royal Mountain Records.

“Real Thing” is a shimmering and sun-soaked track fit for a road trip, as the band gear up to head out on the road for the first time on a nationwide Canadian tour.

With a typical tongue in cheek verve, the band explains:

“According to Chris, Menno was always obsessed with the song “Even Better Than The Real Thing” by U2. He always wondered what their song was about. Then it occurred to him that it might make the U2 song make more sense if there were a song out there called “Real Thing”, so he set about writing it making sure it was good but not so good that it was better than the U2 song, otherwise what was the point of the whole exercise. Anyway, we hope Bono appreciates this gesture.”

Check out the video for “Real Thing” below, and stay up to date with Anyway Gang via their Instagram.