Home / Promos / Jane Inc shares new single, “Human Being”, along with new album, Faster Than I Can Take

Jane Inc shares new single, “Human Being”, along with new album, Faster Than I Can Take 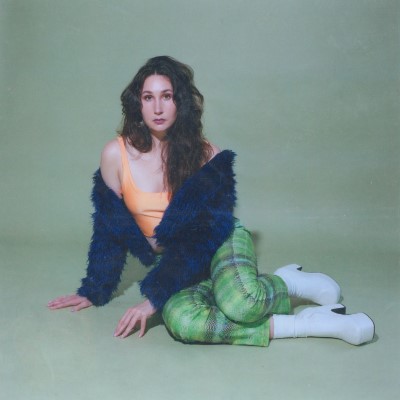 Toronto, ON-based artist Jane Inc, the solo project of Carlyn Bezic who is also known for her work as part of Meg Remy’s U.S. Girls outfit has shared her new single, “Human Being”, from her new album, Faster Than I Can Take, which was released today via Telephone Explosion Records.

The new single once again demonstrates how Bezic can tie personal feelings with the communal sounds of dance and electronica.

Speaking about the track, she says:

“This is a love letter to an audience, and a song about yearning for the performing self — the self that is anonymous in a crowd, and mysterious, glamourous, and performative. It came to me while applying makeup.”

The new track trails February’s “Contortionists” and March’s “2120” with the new record following her critically-acclaimed debut, Number One.

Making the impossible look easy has always been Bezic’s musical M.O. With Faster Than I Can Take, she uses all the tools at her disposal – a Prince-like ability to shred harmonic guitar riffs over deep, danceable grooves, an eagerness to experiment with form, and lyricism that seamlessly links the personal and the political – to focus the multifaceted energy of Number One into something completely singular. A disco-inflected, danceable meditation on the permeable boundaries between our interior and exterior worlds.

Bezic shares another album highlight and seamless segue from “2021”; another propulsive, thumping glimpse of Faster Than I Can Take. The new single once again demonstrates how Bezic can tie personal feelings with the communal sounds of dance and electronica.

Entirely written and self-produced by Bezic, Faster Than I Can Take marks an exciting step forward for the artist, turning the dial on the warbling synths and laser-focused guitar lines while marking a step-up in her ability to splice a playful pop chorus with a witty analysis of the complexity of existence.

Check out the new single, “Human Being” below, and stay up to date with Jane Inc via her socials.