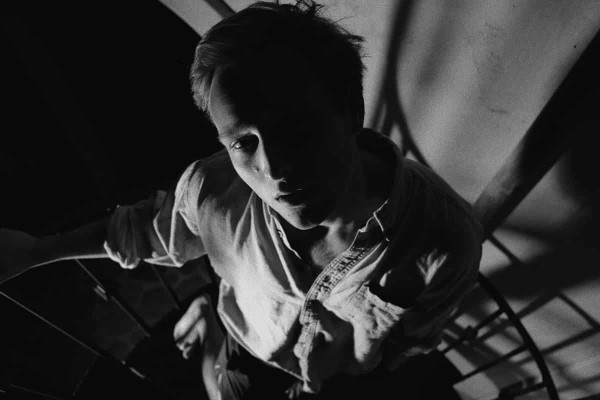 “No Ends” conveys to listeners the range of talent of which Seth Horst, known musically as Nice Vice, is capable. Being in your twenties is an exhilarating yet confusing time, and “No Ends” displays the personal strife of having to figure that out. Horst explores how to set boundaries, learn and maybe unlearn life habits, and simply understand how to let things be in his newest single.

“‘No Ends’ went through a lot of phases,” says Horst. “The chorus of this song was originally a slower verse from another track, but after some experimenting and switching things around, it somehow turned into this! It ended up being my favorite recording process of all the songs on the EP!”

Similar to his previous release, “Bloom,” the new single was also mixed by Zak Van Zeumeren and mastered by Theodore Papadopoulos. Both songs have been a thrilling look into the upcoming EP from Nice Vice, which he has described as having two main themes.

“Half of the tracks deal with different stages of being in love,” explains Horst. “Some good, some bad, and just the general feeling of new love and how great that can be and then also how bad it can be. The other theme is ego death: dealing with your own personality, breaking points, and becoming someone else.”

Horst shares on the music video,

“The “No Ends” video all came from a Picasso painting titled “Le Clown” it inspired the whole video. It’s about someone grappling with two different versions of themselves and not being able to see an end to the person that they have become.”

The EP, entitled First Dose, will be released later this year.

Check out the video for “No Ends” below, and find out more about Nice Vice via our Five Questions With segment.

Hello readers! My name is Seth Horst but I go by “Nice Vice” and I am a musician from Toronto!

Tell us a bit about your most recent single & video for “No Ends.”

The song “No Ends” like all of the songs on this EP that’s coming out, were written during this blur that is the last two years. This track was honestly my favorite one to put together and record, it just flowed really well and came together nicely at the end. I was recording all of the instruments my-self which was definitely a challenge but not so much for this song! The video was a blast. We only had one day to get it done and didn’t even know what we were gonna shoot until the day before. The clown theme was inspired by Picasso’s “Le Clown.” We came across the painting and just rolled with it!

Well, I haven’t had a chance until now to start to put a group together and go out and play shows. But shows are happening all the time now so I’m really excited to start getting out there and playing! I’m trying to figure out the whole social media aspect. I’ve never been a public person and I really don’t post much, so it’s taking me a while to get into that groove, but I’ll figure it out in time. Trying to become a lot more public this upcoming year.

Gord Downie, without a doubt. I’m a huge Hip fan and that man has inspired me so much, especially over the last couple of years. It would be an absolute dream come true just to have even met the man. I also never got a chance to see them play live and knowing I never will is always going to sting a little.

My main goal is to start playing live! I am currently in the process of recording my first album and I hope to have that out by the end of the summer, but before that, just getting out there and playing shows. I hope some of the readers come and check out a show when it’s time. Lots more music coming at ya!