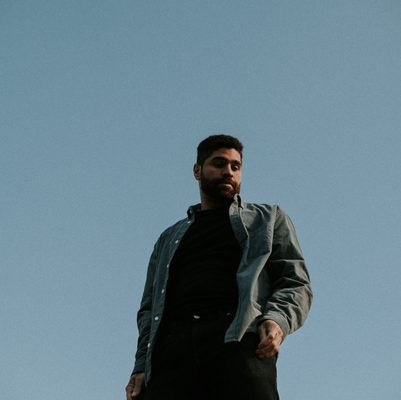 Vancouver artist-producer Caleb Hardy, also known by his artist name “Maaga”, has just released his 3rd single of 2022 titled “Be Yours”. Available now on all streaming platforms, this song is equipped with mesmerizing vocal repetition, uplifting melodic chords, and a trance-like breakdown. With a versatility that covers all elements, “Be Yours” has something for everyone to enjoy!

While promoting the upcoming single, a Spotify pre-save contest was held for his listeners. This contest rewarded anyone who pre-saved the song an entry into a draw for a chance to win prizes, while Maaga simultaneously matched every pre-save with a $1 donation to “Our Last Hope Animal Rescue Society”, a local non-profit animal shelter that operates in British Columbia.

When asked how this idea came about, Maaga gave us a bit of backstory:

“My family has adopted 2 dogs from this shelter, and we love them both so much. I understand not everyone has the lifestyle to adopt an animal into their family, but I figured this was a great way to get people involved. I just felt like putting myself out there and trying to do something positive. I couldn’t have done it without everyone supporting the idea, as well as my music. I can’t express how happy I am right now, looking back on what we were able to do!”

Together, with the help of his supporters, just over $200 was raised and donated to the animal shelter.

There seems to be no slowing down for Maaga, who has already released two singles this year. His 2022 debut, “Transit” – a dark and moody electronic twist on classic UK hip hop, and “You Don’t Mind” – a fresh take on late 90’s Pop / RnB with a blend of modern psychedelic synthesizers and hard-hitting drums.

“I feel like I’m just getting started”,  says Maaga, who has a long list of music ready to come out for the near and distant future.