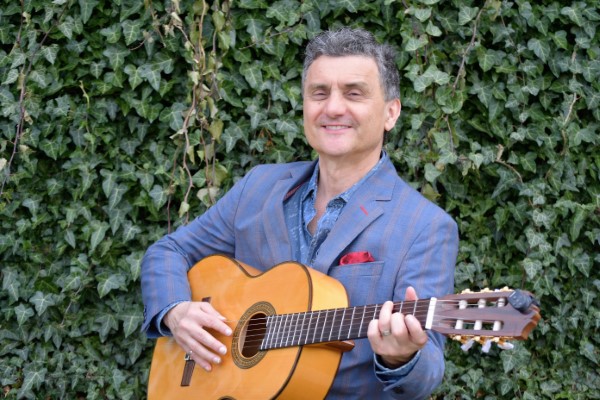 Canadian musician Pascal Dennis has written over 100 original songs and has recorded two albums of original music. His aspiration is to continue to write and record songs about his city, family, and life experience, and the way he feels them.

His newest single, “Blues in the Morning” takes a comical approach to heartbreak, and uses imagery from Egypt to Toronto to Johannesburg. The song is written and sung by Pascal, and produced by David Logan, featuring instruments from the Crazy Angels band.

He’s nowhere near done releasing, his next track, “Anchorman Blues (Bleep It We’ll Do It Live)” is next up. The track is based on the iconic Bill O’Reilly video. Pascal also has a second album, Nicaragua Moon, set to be released this Summer.

Check out the single below, and find out more about Pascal via our Five Questions With segment.

My producer, the great David Logan, & I made a record together a long time ago when we were both young and foolish. The record went nowhere and David & I went off separately to seek their respective fortunes. I launched a management consulting company, raised a family, and traveled the world helping companies improve. David went to California and became a big-time music producer in film and TV. But we never forgot our work together or our friendship.

I kept writing songs and poems, usually in hotels and bars around the world, late at night, as a way of recording my experience for my family. Music and songwriting were my beloved avocation. I never expected my songs would be produced.

During the 2020 pandemic, I began to write new songs and polish my older songs. What began as a trickle, turned into a torrent of music. Encouraged by the quality of the songs, I decided to look up my old friend, who was now living in Rome and teaching composition at the renowned Santa Cecilia Music Academy.

After almost thirty years, David & I began to work together again. Our goal was to create the best possible music, the way we feel it, and to record my experience for my children and their children. As the Crazy Angels album evolved, we realized it might have a broader appeal. So we released Crazy Angels and a string of singles on all the online stores. I’ve kept writing and our band has kept recording. Our next album, Nicaragua Moon, will be released in July, and two more albums are in production.

The Crazy Angels album is my coming-of-age story and has roots in Jazz, Blues, and classic Pop. I poured my soul into these songs, never expecting they would be recorded. I wanted my children to know what it was like growing up a poor migrant boy in Toronto in the 1960s and 1970s. For more information, click HERE.

Songs like “Crazy Angels” and “Summerside” are three-part operas about love and the migrant’s dream gone wrong. I wrote what I felt and didn’t care if the song was ten minutes long. Collaborating with David Logan again, and bringing these stories to life is a high point in my life.

We’ve released a string of singles and music videos. Our next album, Nicaragua Moon, will be released in July. We’ve also tried to remain active on social media and hopefully grow our audience thereby.

We’re preparing to release our next album, Nicaragua Moon in July. It’s dedicated to my friend, the Nicaraguan poet, Francisco Santos, and to all our Latin American friends and neighbours, who have had to flee extremist politics in their home countries. As my family did a generation ago.

My goal is also to complete our third album, Shame on the Sun, and a related string of singles, and be ready for release in 2023.