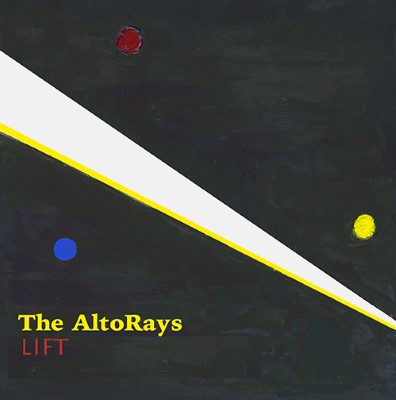 The Alt0Rays is made up of Montreal-born-and-raised, Austin-based vocalist Dianne Donovan and Austin, Texas-based guitarist, composer, and producer Mitch Watkins. They have recently unveiled their groove-driven new single, “Lift” from their album, Back to the Light, which was released late last year.

The duo refers to the eight unconventional and highly collaborative songs on Back to the Light as creating a new genre category called ‘ChillJazz.’

“The music is unlike anything either of us have done before,” notes Watkins. “Instead of straight-ahead jazz, we explored every music form that has ever influenced us from Steely Dan to Weather Report, to Philip Glass to groove, R & B and pop.”

Collaborating in what they fondly call ‘Pent-Up House,’ Watkins and Donovan found the great flow of creativity to be unstoppable.

“There was something truly magical about those late-night sessions,” recalls Watkins. “The spirit was uninhibited and we’d try anything and everything.”

“‘Lift’ reflects the overall feel of the album as a cosmic, transcendent journey that you just might want to dance to,” says Watkins. “Plus, this one is a lot of fun to sing along to, as you needn’t bother with words just follow the band.”

The vocals on “Lift” and throughout Back to the Light are mostly multi-layered and wordless, creating their own soundscape.

“This is the freest I’ve ever been as a vocalist,” says Donovan. “I got to explore the multi ranges of my voice and the textures, from an all-hummed tune to all-whispered singing, to animal sounds.”

Listen to “Lift” below, and find out more about The AltoRays on their website.