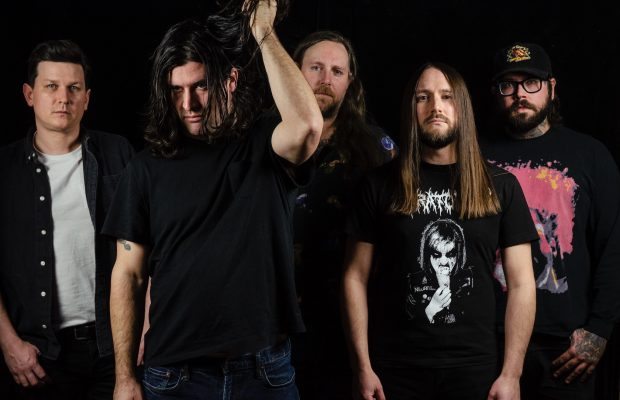 Hamilton’s Dead Tired has dropped two new singles, “Domestic” and “New World Pigs”, from their newly announced album, Satan Will Follow You Home, which is set for release on July 8, 2022, via New Damage Records.

Along with the new tracks, the band unveils a fresh video for “Domestic”, a nostalgic, fish eye tribute to homegrown rebellion directed by Andrew Friessen.

Dead Tired is fronted by Alexisonfire vocalist George Pettit, who also steps into the role of chief lyricist.

“’Domestic’ was based around a riff that Franz had for quite some time” says Pettit, “Then we started jamming to it as a band and Marco added some thicker chords, and it kinda shaped into the song it became.”

“We as a band had no idea what it would sound like with vocals,” chimes in Franz Stefanik. “I remember when we sent the track to George he said ‘this is something special’. George kept on saying we can take it in a different direction if we didn’t like where he was going with it, but being the band we are, we’re always open to change and not sticking to a formula. The record has a lot of ups and downs and different moods and vibes.”

Through all the different moods, one thing doesn’t change: “Domestic” doesn’t take its foot off the gas.

“Like all Dead Tired songs, this song is best received at absolute max crushing volume.”

Physical pre-orders for the record are available now which includes two vinyl variants of the LP and a t-shirt. An exclusive 7″ featuring two b-side tracks “TV Tears” & “Stars Burn Out” will also be available to pre-order here.