PREMIERE – Before The Dinosaurs release video for new single, “Set Yourself Free” 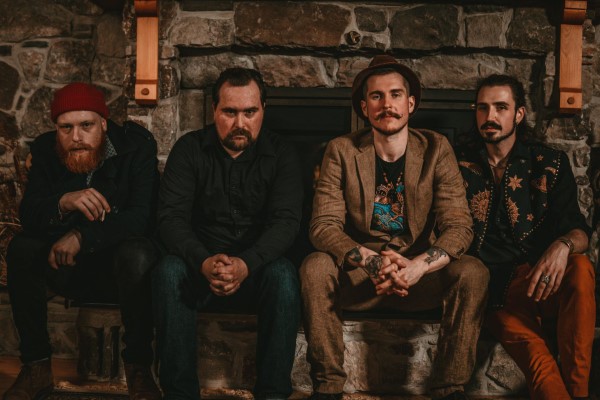 Moncton, NB-based alt-rock band, Before The Dinosaurs have teamed up with us, at Canadian Beats, to unveil a music video to accompany their debut single, “Set Yourself Free”. The single is pulled from the band’s upcoming album, In The Beginning, which is set for release in September 2022.

The video is directed by Derek Aubie (Sonic Image Audio Visual). Building on the song’s theme of self-emancipation, the video revisits the early painful doubt-ridden steps in an escape artist’s career.

Mocked, bullied, and abandoned by their first audience, the escape artist (Norm Leblanc) carries those scars with him throughout the entirety of his life and has the videotape to prove it. It’s only through the symbolic and cathartic act of destroying the tape that the escape artist is able to unburden himself from that pain.

“He was the only one who could do that; he just had to let it go and set himself free,”

The video parallels Best’s own experiences following the break-up of his previous band, Short for Arthur. While unpleasant at the time, Best found that he came out the other side strong for having gone through it.

“It’s as if I was the one locked in the box and left me behind,” explains Best. “This new band was setting me free from the idea that I had to strictly work with only the musicians I was comfortable with, and I had to discover that for myself.

“At one point, I thought all the progress I had made had gone down the drain and it was all pointless. I was scared. I thought I had to start from scratch when, in fact, it was those very experiences that were preparing me for whatever came next. It was a stunt to pull off. They had shaped me as a musician and if not for them, I would never have written this song.”

Watch the video for “Set Yourself Free” below, and stay up to date with Before The Dinosaurs via their socials.