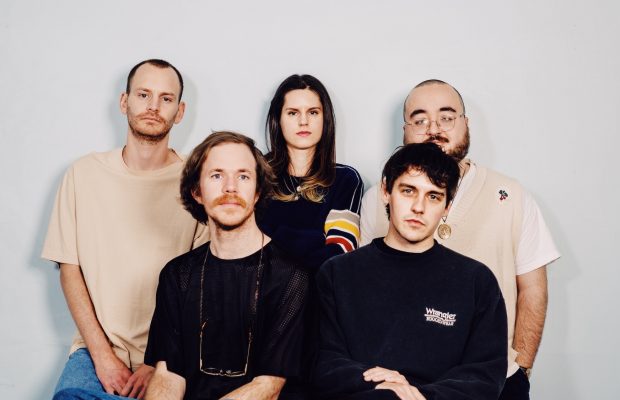 Toronto, ON-based group, Nutrients have unveiled their new single, “Window Seat”, which is out via Earth Libraries.

Nutrients is often compared to various ’90s bands for their slacker delivery and sometimes likened to certain contemporary bedroom pop artists for their oddball pop leanings. Periodically, but decreasingly so, they are noted for their occasional dissonant digressions. Taylor Teeple, the primary songwriter in the band, began the band as a modest home recording project deep below Boulevard St-Laurent in Montreal. After relocation to Toronto, the group’s membership eventually grew to include pianist, Iulia Ciobanu, bassist Sean McKee, and guitarist Will Hunter.

The new single finds the band mixing bouncy guitar lines and driving percussion with gorgeous vocal melodies, somewhat reminiscent of contemporaries such as Barrie, TOPS, and Andy Shauf while drawing inspiration from the likes of Haircut 100, Steely Dan, and China Crisis. The new single arrives with an excellent visual accompaniment further emphasizing the track’s breezy notions with panning shots of vast landscapes lifted from the band’s time on the road.

Speaking about the single, Teeple says:

“This is a quick guitar pop song that harkens back to songs Nutrients used to write. The guitar interplay is actually just two guitars playing this one-string riff at the same time with some minor deviations. The riff kinda sounds emo-adjacent almost.”

Check out the video for “Window Seat” below, and stay connected with Nutrients via their socials.