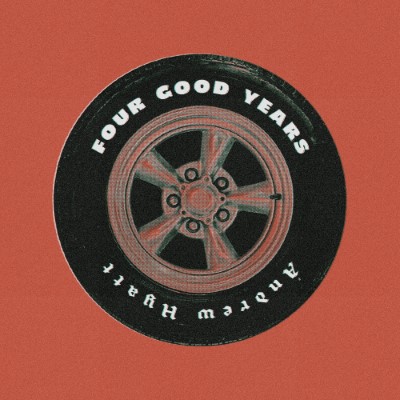 May 6 is the day that CCMA Award-nominated country artist Andrew Hyatt drops his latest eight-track EP Four Good Years via 604 Records. His lead single from the EP, “Close To You,” debuted earlier this year with the official video making its broadcast premiere on ETCanada and garnering nearly 75K views in just a few short weeks. This track continues to climb the charts on country radio. Hyatt continues to masterfully deliver songs drawn from real-life experiences with relatability fans eagerly connect with and those same supporters can expect just that from this album.

Says Hyatt of the EP,

“When we started working on the EP that would eventually become Four Good Years, the focus was to make a collection that had something for everyone. On my last record, I wanted to build songs that felt like rock and roll in all forms, and while the same could be said for Four Good Years, I also wanted to tap into some lighter topics and melodies. From tracks like “Still Somethin’’ to “You Ain’t Runnin’ Yet,” this EP has everything you’ve come to expect from me, as well as a few surprises.”

Hyatt is celebrating the release of this album by taking to the stage at Toronto’s legendary El Mocambo on May 6. Here, he will debut new music and a selection of hits for his official album release party. Tickets are available at elmocambo.com

Later this summer, Hyatt will hit the road for a series of major festival appearances including Country Thunder, Big Valley Jamboree, and the Boots and Hearts Music Festival.