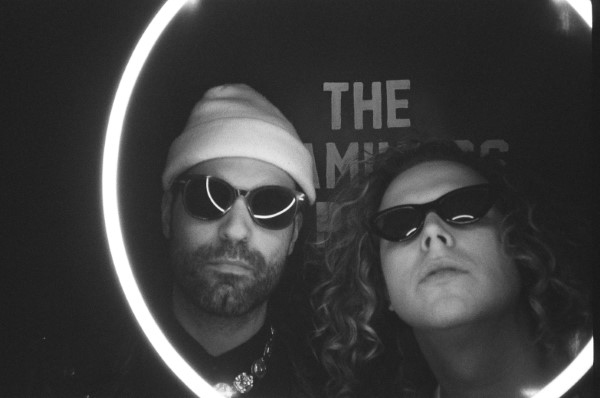 Montreal, QC-based duo, The Flamingo Pink is made of up best friends and brothers, Julien “Julz” Corrado (drums) and Sacha Gubany (guitar/vocals). The duo has unveiled a new single, “I Don’t Care”, along with a retro home video-inspired visual. The single is from the band’s upcoming album, Free Livin, which was recorded in four days at Studio Latraque in Montreal, and set for release later this year via LL Artists.

A punchy, stripped-back rock anthem, I Don’t Care perfectly encapsulates the groove-laden rock ‘n’ roll style that runs through the new record. While the band’s undeniable sound shines throughout speakers and headphones, the true magic happens when they take to the stage. The duo brings their songs to life in concert with an insanely high-energy live show that immediately captivates audiences and feeds back into the band.

“There is nothing better than playing for our fans and new audiences,” Sacha and Julz exclaim. “The exchange of energy is intense and beautiful. People dance and rock out. Our shows are a complete party and that is exactly what everyone needs right now.”

Watch the video for “I Don’t Care” below, and stay up to date with The Flamingos Pink via their socials.