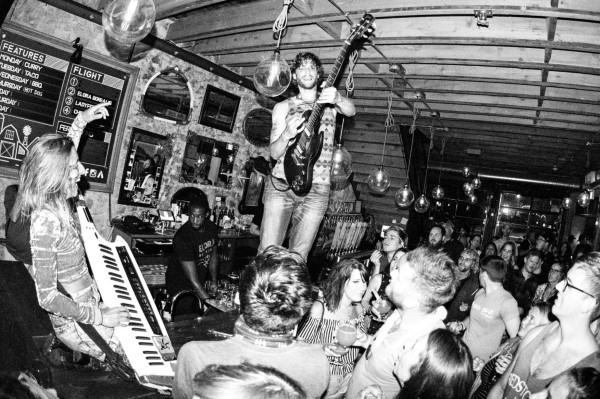 Toronto, ON-based rock duo, Goodnight Sunrise has unveiled their new single, “Belong”, which is being called an anthem for the misfits.

“Belong is an anthem for our fellow misfits – it’s about human connection in a post-pandemic world, emerging from isolation and searching for meaning in hopeful but uncertain times,” explains Vanessa Vakharia (vocals, keytar).

“Belong” follows their previously released single, “One Pill”, which was released in February, complete with a psychedelic music video that received over 12K video views in the first week of release (released mid-March). You can listen to “One Pill” HERE, and view the video HERE.

Recently, the band announced that they will be performing in Europe at Tallin Music Week in Estonia from May 7th to May 9th. Attended by over 20,000 festival-goers each year, Tallin Music Week is one of the most important events for connecting the music industry in the Nordic-Baltic region to the rest of Europe and the world at large. More tour dates to be announced.