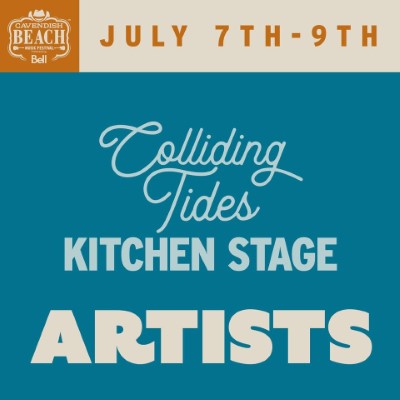 The Cavendish Beach Music Festival is returning to the shores of Prince Edward Island this July, and the festival is excited to announce the Colliding Tides Kitchen Stage performers joining this year’s line-up at what is Atlantic Canada’s largest multi-day outdoor music festival.