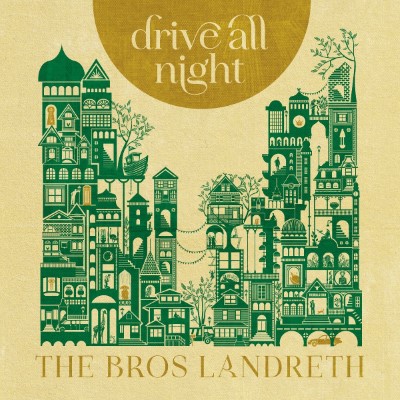 The Bros. Landreth are back with their brand new single, “Drive All Night” from their upcoming new album, Come Morning, which is set for release on May 13, 2022, via Birthday Cake Records.

“Drive All Night” first came to life as a solo track from Joey, who’d already recorded a rough demo before the brothers decided on making album number three. Joey offered it up for the record and the brothers began to work on a new arrangement, keeping in Joey’s intriguing bloop and bleep guitar creations, and the mellotron flutes and vibes over compressed muted guitars. After bringing in Aaron Sterling on drums and re-recording the bass with Dave’s signature sound the song very quickly became a fusion of where the brothers started as artists to signs of things to come. Whether it’s a new direction or just a detour, at the core of it are heartfelt lyrics telling a story: “It’s the story of my ever-growing love for my wife, Anna” says Joey. “The first verse tells the story of the beginning of that love and the second verse catches you up with where we are now. The extended outro section is a look ahead.”

Listen to “Drive All Night” below, and stay up to date with The Bros. Landreth via their socials.