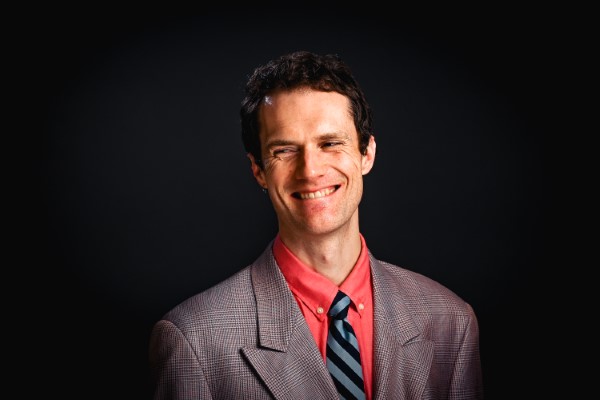 Newfoundland’s Adrian House has shared a brand new single, “Changes”, which is pulled from his third album.

“Changes” is an upbeat, cheerful, 60’s inspired track that includes some of Newfoundland & Labrador’s most well-known artists. Recorded in St. John’s, NL, the track was produced by local artist and producer Jake Nicholl. Hey Rosetta’s Josh Ward plays bass on the track, with background vocals supplied by vocalist Mara Pellerin.

Adrian was first inspired by the fun, endearing melody of the song, and began writing it after singing his ideas into his handheld voice recorder. With the goal of writing a positive and uplifting track, “Changes” was created as a reminder that everyone goes through hard times, and that accepting the challenges of life will help us make it through. Inspired by human perseverance, Adrian calls the song “a celebration of life”, and adds “the song is about making that positive choice, having the guts to choose to be happy and embrace life. Blending Indie-Folk elements with Adrian’s coveted British Invasion sound, the song’s universal, encouraging message about accepting life and its challenges is aimed at bringing a moment of joy into listeners’ lives.

“When you’re in touch with yourself on the inside, it doesn’t matter what happens around you, how much things change (which they inevitably will): you’ll get through it. You’ve got the strength inside to get through it.”

Listen to “Changes” below, and find out more about Adrian via our Five Questions With segment.

Yes! Hello Canadian Beats readers, my name is Adrian House and I’m a singer-songwriter from The Rock, aka St. John’s, Newfoundland. I’ve been performing for almost 25 years, and my first gig was playing Newfoundland and Irish songs on Mullowney’s Puffin & Whale tours. I swear a whale winked at me once during ‘Jack Was Every Inch a Sailor’. Since then I’ve played in 60s style rock band The Connexions, put out 3 solo albums, and in 2020 did a 10 show tour around the Maritime provinces on my bike!

Sure! ‘Changes’ is the lead single from my 2019 album Lookin’ Up that didn’t get a proper release due to you-know-what. But I’m really excited to put it out now because I feel like it’s the perfect song for the times. Basically, it’s about getting through the constant changes that life throws at us, and not just surviving, but celebrating the fact that we’re alive, right now.
I was really lucky to have Josh Ward and Mara Pellerin of Hey Rosetta! lay down a sweet groove on this track, as well as Jake Nicoll of The Burning Hell on drums and keys. I hope that the song can offer some inspiration and hope to some of your readers, and maybe make them want to dance!

Ah yes, that thing. Well, I’ve done quite a few livestream events, and with the help of Music NL I made a really fun animated video for my song ‘Short Back & Sides.’ I’ve tried to keep playing live as much as is possible, including the bike tour I mentioned above. In 2021 I reached the semifinals of the Festival International de Chanson de Granby, where I was pleasantly surprised to learn that francophones actually find Anglos singing in English cute, and not annoying.
Right now I’m really excited to share my video for ‘Changes’ with the world – it’s a virtual collaboration with around 40 of my friends and family in places as far-flung as Ecuador, Germany, and Conception Bay South. It’s really the most heartwarming thing I’ve ever done and I’m sure it’ll give people a lift. We all need that, right?

Oh man, that’s so hard! We have so many good ones. But if I had to choose one, it would be the Canadian artist I admire the most: Joni Mitchell. When I listen to her songs or watch footage of her earlier shows like this one I’m blown away by her voice, instrumental skills, poetry, and poise. She’s the full deal, like a force of nature, and it’s so powerful to experience that. It would be unreal to collaborate with her. I might get blown away in the storm of her talent but it would be one hell of a ride.

I’m actually feeling extremely positive and optimistic about 2022, despite (or in defiance of) everything going on. It feels great to give ‘Changes’ a proper release and I really can’t wait for the reaction to the video. It is such an explosion of joy. Sorry I need a moment. Ok I’m good. So yeah, I want to take that momentum into the summer with more performances with The House Band as we work out some of my new material.

I’m very fortunate to now have a dual career in English and French, and am also working on songs for a French album to be recorded in Montreal in the fall with some of the amazing musicians I met at Granby.

I feel that I have lots of great things to aim for and look forward to in the coming months. Spring is in the air (well here in Newfoundland you need to have more of a ‘mental spring’), flowers and other things are opening up and I can’t wait to see what this summer is going to bring. It’s an exciting time!