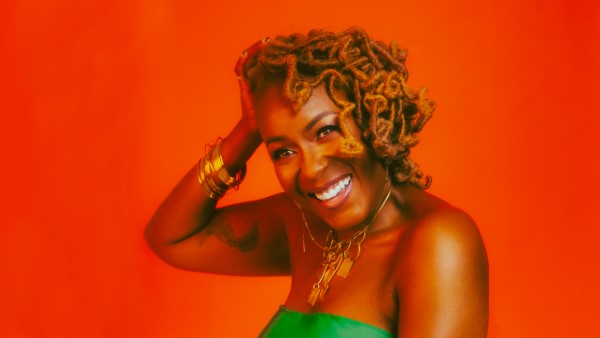 Frustrated” was directed by May Truong. Speaking on the video May says,

“My interpretation of the song, “Frustrated”, represented the inability to grasp your dreams. Our star, Shane Tubog, walks into the bar already feeling the weight of burden. Her frustration leads her onto the dancefloor to perform a line dance – a tried and true dance she’s been doing since childhood. She lets out her frustration through movement. As she dances in the bar, we see glimpses of her dressed all in white with projections on her. She’s dancing with passion and energy in a dream world. This is the true representation of who she really wants to be. She’s big and bold. As the song ends we go back to the reality of her life. Frustrated, mistreated. Heartbroken, defeated.”

Speaking on the track Tanika explains:

“Sustainable long distant connections are a pipe dream. Trying to make it work with a partner who’s away from home for indefinite periods of time leads to a permanent state of uncertainty. Absence can make the heart grow fonder, but only to a point, and what are we sharing if we can’t share a physical space? Wishful thinking alone is an easy route to exhaustion when fulfilment is always just slightly out of reach. Irritations are revealed, arguments ensue. Are we growing or are we wilting? Frustrated is one of my favourite songs on the album, and it took a lot of iteration to get it just right.”

Following the success of Soul Run (2016/17) and The Gumption (2019), Tanika had found a comfortable pace of releasing albums then hitting the road the following year to bring her show to new markets far and wide. So when things changed for all of us, and plans of touring The Gumption properly fell through, there was a realization that getting to work on the next project was the healthiest choice to make.

“I was in some dark places. My energy was stagnant and the only reliable constant was this perpetual uncertainty. I had gone from feeling like I was everywhere to only being in one place. From seeing so many new faces, to only my own, in the mirror, everyday and having to face that. Getting back to work on music allowed me to explore these feelings through the format I know best.”

The album was composed and recorded while in and out of lockdowns and featured guests including rising Toronto rapper DijahSB and multi-disciplinary artist, Khari McClelland. Both Dakarai Morris-James and Sean “D/SHON” Henderson assisted with vocal arrangements across multiple songs. On the writing side, Tanika was assisted by regular co-writer Robert Bolton and accomplished solo performer Tafari Anthony.

Watch the video for “Frustrated” below, and stay up to date with Tanika via her socials.