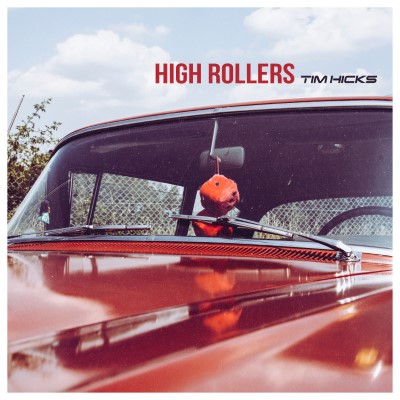 What an exciting year it’s been so far for country star Tim Hicks. First of all, on April 8, this multi-Platinum, award-winning entertainer upped the ante with the release of his latest single “High Rollers.” It was self-penned alongside Todd Clark, Gavin Sleightholm, and Travis Wood and produced by Clark. It’s available digitally now via Open Road Recordings.

““High Rollers” is just pure fun. It’s a tune I’ve had kicking around for a little while now, and I’m so pleased to finally get it out there. It’s a fantasy really, about blowing your entire paycheque in just one night, pretending to be something or someone you’re not. Every time I sing it, I picture two kids running through a casino causing all sorts of havoc, flinging chips everywhere, and having the greatest time. Like the lyric says, “It ain’t all the time, nah, just for the night!” Way too much fun!”

Secondly, “High Rollers” comes hot on the heels of Hicks’s current radio single, “Whiskey Does,” whose companion video premiered earlier this week on ET Canada. He kicked off 2022 on a high note with the release of this single.

Watch the official music video for “Whiskey Does” HERE.

Third on his great things to happen, Hicks recently garnered his fifth JUNO Award nomination, at the 2022 JUNO Awards, in the Country Album of the Year category, for his 2021 album Campfire Troubadour. We’ll find out on May 15 if Hicks takes home the hardware for this album. With this nomination, Hicks is now a three-time consecutive winner (and the first recipient ever) of the Nielsen Compass Award, which recognizes an artist for the most total content plays including streams, single and album sales as well as total social media following.

Last, but certainly not least, Hicks can’t wait to get back on the stage this spring and summer. This tour has four stops and his fans are just as eager to see him as he is to perform for them.