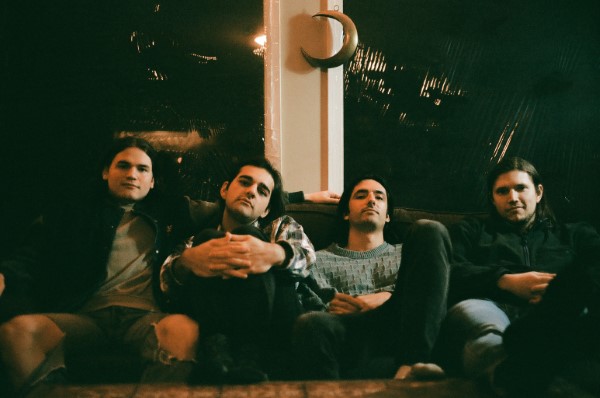 “Say It Anyway’ is the first single from Bealby Point’s sophomore EP Fridays, which is set for release this summer. Leaning hard into influences like The Strokes, Bealby Point give us a fresh take on those songs you miss from the early aughts with their new track.

“‘Say It Anyway” is a song where the theme is revealed through the chorus,” says lead vocalist Jack Armstrong. “The verses and pre choruses are melancholic and reference over contemplated thoughts. When the chorus comes around, these thoughts are dismissed and overpowered by an attitude shift culminating in the prose ‘I don’t really care about this. Like anyone, I’m trying my best.’”

Check out “Say It Anyway” below, and find out more about Bealby Point via their socials.

Yeah, for sure. Hi there! My name is Jack, I sing lead vocals and play rhythm guitar in the Vancouver-based indie rock quartet, Bealby Point.

You have unveiled your new single, “Say It Anyway”, what can you tell us about the story behind the song?

Yeah, the song can be interpreted in many ways, I believe the main theme of the song is based around being rebellious and saying what you mean and not what you think you’re supposed to say. I feel like people think so much about what they want to say and how to word it in the right way that the actual words and message behind what they are saying can get lost. Everyone has their own voice and opinions, ideas, etc. I think that plays into the motif of the song, being yourself and being heard.

You have announced the release of your new EP, Fridays, which is set for release this summer, how did you choose “Say It Anyway” as the first single from the EP?

There is always a discussion about what the singles will be, we don’t always agree right away but we reach a point where everyone in the band is happy with the decision. We thought “Say It Anyway” was a big, punchy song with a hard-hitting chorus that could capture a listener and keep them interested so we went with it for the first single.

You worked with veteran producer, Matt Di Pomponio at Hipposonic Studio, how was this experience?

We’ve worked with Matt since the beginning, he is an amazing dude. Recording with him is always a fantastic experience, he is an incredibly talented producer, but he also contributes in a variety of ways including putting finishing touches on songs to help us craft more concise tracks. Recording at Hipposonic was super cool too, there’s a lot of history in that building and a lot of bands/artists we admire that have recorded there. The staff is also amazing, assistant engineer Liam Moes and the owner Robert Darch were so fun to work with and are down to earth guys. If we have the opportunity, we’d love to run it back at Hippo with that team again.

Well, we have our EP coming out later this year with another single on the way. We’ve applied for a variety of festivals, local and abroad, that hopefully we’ll get the chance to play at. We are just getting started. Like a lot of bands and artists, getting off the ground the last two years has been tough for obvious reasons but with live music coming back there are a lot of opportunities opening for us. We are excited for 2022.