Home / Promos / Deanna Petcoff shares new single, “Trash Bag”, as well as debut album, To Hell With You, I Love You

Deanna Petcoff shares new single, “Trash Bag”, as well as debut album, To Hell With You, I Love You 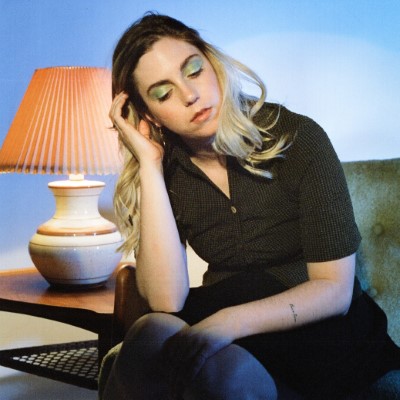 Toronto’s Deanna Petcoff shares her final & indie-rock bop single “Trash Bag” taken from her debut album To Hell With You, I Love You which was released yesterday (April 8, 2022) via Royal Mountain Records. Deanna is currently supporting Pillow Queens on a run of North American dates.

“I wrote this song as a little tongue-in-cheek moment. I was starting to see someone new in the throes of the pandemic, and I had to cancel on them almost every time we had plans because I was having an anxiety attack or a depressive episode or a chronic pain flare and couldn’t get myself out of bed. I didn’t want them to view me as a sick person, and I wanted them to still want to see me when I got better. This song came out of nowhere one day while my roommate was doing laundry and moving around bags of garbage that we hadn’t been able to take out in a few days because neither of us had our shit together. In the end I hope this song resonates with anyone that has a mental illness, chronic illness, or anything that prevents them from feeling normal, healthy, and cute.”

The word that jumps to mind when hearing Deanna Petcoff’s music for the first time is “yearning”. A whirlwind of emotions, her debut record To Hell With You, I Love You is a reckoning with the loss of a relationship, documenting the aggressive highs and deeply emotional lows that come from falling out of love.

Recorded in Toronto over the course of a year, she was able to look more closely at the nuances and minutiae of relationships and examine the ways in which they can either grow or falter. She writes about her frustrating experiences as a 24-year old woman finding her voice and identity while navigating an ever-changing world, exploring the ins and outs of love and heartbreak with a grace and quick wit that belies her year. Her rich, textured voice juxtaposes her soft imagery and her vulnerable and starkly honest lyrics welcome us into a world where even a fleeting moment of emotion can become its own monument.

Based in Toronto, ON, Petcoff shaped her own unique brand of beautiful and confessional indie rock through years of devotion to music, sharing the stage with the likes of Molly Burch, Tokyo Police Club, The Nude Party, and many more. She excels with heart-on-her-sleeve, emotive lyricism that showcases her strength as a songwriter and a vocalist, and on To Hell With You, I Love You, she wanted to present “the whirlwind of emotions you have when you’re grieving a relationship, which can feel like the death of a part of you or what you thought your life was going to look like.” It’s an album that ebbs and flows with confidence and an assuredness as she tackles the highs and lows of falling in and out of love, and everything in between.

“It’s so easy to get caught up in things when someone is showing you attention, that you forget to clock whether you like them at all,” she explains when discussing the cheeky and sardonic “Devastatingly Mediocre”, a cutting takedown of an extremely average boyfriend. Discussing how she “wanted to capture what it feels like to want to be open when you’re feeling closed off,” she fizzes and bursts with laconic self-deprecation on “Trash Bag”, taking aim inwards and lamenting her woes (“Sorry I’m pathetic / I think I need a medic / To help me put my shoes on”).

Album closer “Sing With Me” sees Deanna sing with a pleading but resigned desperation to a partner she can feel slipping away (“I don’t need you to know how to dance / Or even know how to romance / I just want you to sing with me”) while on “I Don’t Wanna Get Over You”, she feels her heart moving on despite her head wanting to stay (“I guess I’m just a sucker for a boy who’s nice to his mother / A phenomenal lover, hope that I can find another”).

Nurtured and fostered by the women at Girls Rock Camp Toronto, which she attended in 2011 as a young teen looking for a place to grow, the warmth and texture of Deanna’s sweeping vocals intertwine with the almost playful blueness of her lyrics. On To Hell With You, I Love You, a sense of intense longing reveals a worldview that is full of pain at the loss of love, and full of hope for something more beautiful. It is not simply a breakup record. It’s an album to heal to, to cry to, to laugh to and to learn how to love again. It’s a declaration of strength and a love letter to the joys and agonies of navigating your early twenties.

Stream/ Download To Hell With You, I Love You HERE.