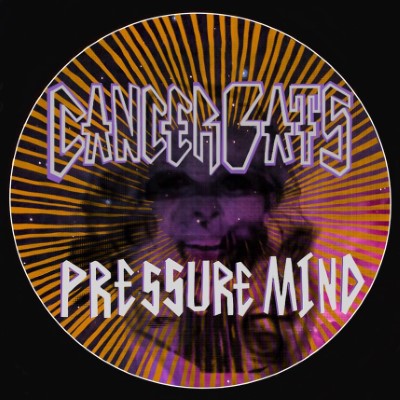 Canadian hardcore punk heavyweights Cancer Bats have released a new track “Pressure Mind”. It is the third and final track to be released ahead of the band’s anticipated seventh studio album Psychic Jailbreak, which drops April 15, 2022, through their own label Bat Skull Records in partnership with New Damage Records in Canada.

Lead vocalist Liam Cormier had this to say about the new track,

“Sometimes you just need a release with everything going on in the world, this song is our punk rock way of blowing off some steam. Melodic verses and bridge are all about introspection and thinking how we get ourselves in these mind sets time and time again and then the Chorus is all about LETTING IT OUT!”

To enhance the listening experience of their latest single, Cancer Bats have released their very own ‘Pressure Mind’ coffee blend. Limited to 100 bags and only available in Canada, Cancer Bats’ ‘Pressure Mind’ coffee was roasted by Anchored Coffee Roasters (roasters of Matty Matheson’s Rink Drink Blend) in Dartmouth, NS. A Dark Roast Blend of 75% Guatemalan and 25% Brazilian Beans, the smooth and full-bodied cup has notes of rich chocolatey-cocoa and roasted nuts that is great on its own but also pairs beautifully with a bit of cream.

“I drink coffee non-stop and Anchored are some of my fav beans, so I wanted to share that love with all our fans,” shares Cormier. 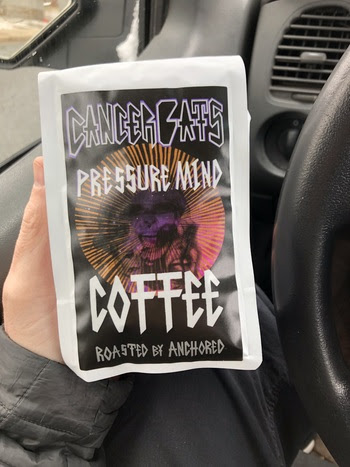 In support of their forthcoming LP, Cancer Bats recently played a handful of sold-out dates with Comeback Kid in Ontario including an electrifying performance at The Phoenix in Toronto. On April 13th, the Bats will head back on the road to play 17 dates across central and western Canada including a sold-out album release day show in Winnipeg (Mike Peters’ hometown and current residence), plus sold-out shows in Nelson, Edmonton, Calgary, and Vancouver. After a brief pause, the devoted road warriors will return to the grind for a handful of dates with The Anti-Queens before playing Pouzza Fest in Montreal on May 22. Tickets for all Cancer Bats Canadian tour dates are available now. For a complete list of Canadian dates, please see below.