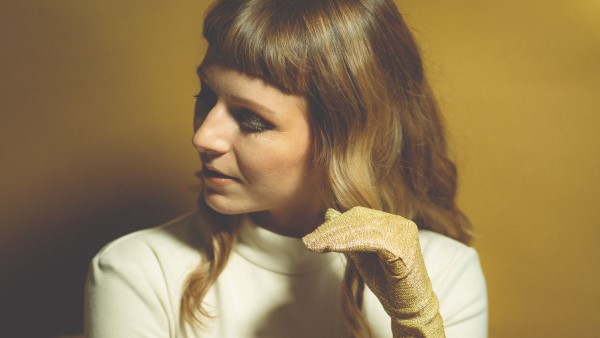 Singer-songwriter and multi-instrumentalist, Emily Best has unveiled her EP, Light Up the Dawn.

Her unique orchestration and arrangements paired with distinctive melodies weave a patchwork of pop, rock, and folk while melding the idiosyncratic leanings of jazz with the familiar nostalgia of southern country-soul.

Emily shares on the release,

“This album for me, is all about love. I was reading “Bell Hooks’ Salvation: Black People and Love” around the time that I was finishing the album and I think a lot of my ideas for the final themes came together around this time. I had a number of songs almost finished that I’d been chipping away at over the last couple years, but when I realized it was about love, that’s when it all really clicked.

I began asking friends and family about love, and what it means to them, and it became clear to me that societally, love is hard for us to define. I think that is a very big problem that we are facing as a society. If we’re unable to truly define what “love” is, collectively, how can we love one another? This album is an exploration of the many ways we may experience other peoples’ definitions of love, or the lack thereof. I wanted it to be reflective, but uplifting. I hope this album is a call to action for us all to learn how to love better, how to be better people, and how to connect with each other more lovingly.”

Listen to Light Up the Dawn below, and find out more about Emily via our mini-interview.

I’d love to, my name is Emily Best. I am a singer-songwriter and arranger residing in so-called Vancouver, more respectfully known as the traditional, ancestral, and unceded territories of the Sḵwx̱wú7mesh (Squamish), Stó:lō and Səl̓ílwətaʔ/Selilwitulh (Tsleil-Waututh) and xʷməθkʷəy̓əm (Musqueam) Nations. I grew up on the west-coast surrounded by the trees and the ocean, and my music is a patchwork of pop, folk, jazz, and southern-country soul.

You have unveiled your second album, Light Up The Dawn. What can you tell us about the writing process behind the release?

The writing process behind this release was fairly unique from song to song. Some of the material predates the pandemic by a few years, some by only a few months, and a couple songs I wrote during some of the periods of deeper isolation that lots of us collectively experienced between 2020 and now. The title track from the album “Suits // Light Up the Dawn” is a song I actually wrote back in 2014 and just hadn’t found a home for it yet, but when the rest of these songs started coming together for this record I knew that song had to be on there. It became the call to action for the whole album. The song I happened to write during one of my darkest periods of isolation through the pandemic ironically is one of the most uplifting songs on the album. March 2020 had a way of stripping everything down to bare essentials and really highlighting the importance of good quality connections for (I’m assuming) many of us. I wrote “Easier” during this time when I had a lot of time to think, my partner had lent me a really nice guitar of his to practice on and I was feeling overwhelmed with gratitude for all the loved ones who’ve continuously showed up for me and who I’ve wanted to share space with during these times of crisis. So that song just kind of magically came out from that guitar, and that time, just in time to make it on the album.

The recording process was exciting during early pandemic times, we had to get really creative. It included some outdoor masked rehearsals with my rhythm section on my bass player’s patio during the absolute worst forest fire season ever. The intensity and uncertainty during that time of smoky desolation and despair paired with the elation of being given an excuse to play music in each other’s company when so many other simple joys were unavailable to us during lockdown, I think brought a lot of heart and grit into the music that we then carried into the studio with us. It was such a surreal experience playing together after so long, and I think that really helped bring these songs to life. The record is all about the highs and lows of love, the surreality and the high voltage emotions that often accompany our human experience when we seek deeper connections with one another.

My inspiration when writing comes from so many different things. I pull a lot of inspiration from the feelings that I try to articulate out loud. I sometimes just talk to myself with a recorder in hopes that I may be able to pull something thematic out of a sentence or a phrase I’ve said. I often have a multitude of musical ideas always on the go for long periods of time, and eventually, a lyrical theme and a musical theme will often collide and everything suddenly falls into place. The songs really write themselves at that point and I just have to keep showing up. If I have a deadline, like say… a recording session on the horizon… I notice it suddenly becomes a lot easier to commit to the ideas I have and move forward on those. The next phase of writing, the part that I actually find the most exciting is the arranging and producing the songs once we have the bed tracks recorded. That to me is the icing on the cake because so much can change between the writing of the song and the post-production of it all. It’s a really amazing experience to breathe new life into a song while keeping it relevant to the moment and intention of the music, at least for long enough to capture that snapshot in time.

All the songs on this latest album were inspired by some deep self-work I’ve been doing these last couple of years. I’ve been learning a lot about intentionality, accountability, and what this means in the context of the word love. Decolonizing colonial concepts of love and learning to reclaim my understanding of love and how to show up in ways that make me feel truly whole. I was reading bell hooks’ Salvation: Black People and Love as I was finishing up the writing for this album and I think the teachings on love in this book imprinted many of themselves on the record and helped me tie the songs together. This record was an unveiling to me of the transformative power of Love, and how active it is. It’s a commitment that requires redefining, understanding, and reclaiming what it means to love before we can live in a more loving society that respects equity for everyone.

Ahead of the album, you released a single “Selfish Heart”, what made you choose this as the first single?

I really love what we were able to do with this song and think it is a good entry point into the rest of the record. It’s the first track, and also a song that has almost every musician in the band playing on it. There are horns, harp, strings, pedal steel, marimba, so many keyboards! It’s a really lush track and amidst its duality in feels, I think it captures both the surreal, contemplative and whimsical essence of the album alongside the grit, rock, and angst that can be heard on other tracks.

This is a great question! I am sitting here currently isolating and recovering from a case of covid-turned-pneumonia as I write this so I have to be a bit careful not to let any of the disillusionment that has come from having to change trajectories and pivot so much these last two years as we learn to coexist with a deadly virus overshadow my excitement about what’s on the horizon! More optimistically though, as the industry starts to open up once again, I am really looking forward to playing these songs live for real people. There’s just nothing that compares to being able to experience sharing musical experiences together in real time.

I’m excited to be performing with my band this June at the Vancouver International Jazz Festival. It’ll be my first time ever playing the festival and I’ve been wanting to play it since I was a kid, so that’s a really exciting show that we have on the horizon. It’s a festival that holds a really special place in my heart so I’m thrilled to get to be a part of it this year. I also was accepted into an artist residency that I’ll be participating in this upcoming June on the traditional territories of Penelakut, Hwlitsum, and Tsawwassen First Nations (otherwise known as Galiano Island). The Leña Residency is an artist-run multi-disciplinary space where artists co-exist with other artists surrounded by a lot of natural beauty, and I have plans to do research and writing for my next album during my time there.

I am also currently in the early stages of booking a few tour dates around western Canada this summer with plans to head to Europe for some more touring in the Fall to promote the album. So lots on the go, and will likely be working towards striking that fine balance between performing, writing and saving ample time for reflection and rest in the moments between.