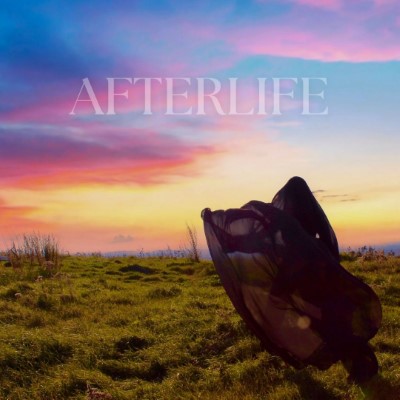 Afterlife is the debut album by Qatar-born, Ottawa-based artist, Vi.

Afterlife is the ultimate breakup album with the album’s title literally referring to recovering one’s life after a relationship. Throughout the album, Vi covers a wide range of emotions of an intense breakup: from sadness and regret to rage and revenge. There is an admirable honesty to Afterlife as Vi does not pull any punches in her exploration of her pain; in one track she might be gloating, while in another she admits to not being able to sleep through the night from the pain. Combining these deeply personal lyrics with moody synths, aggressive guitars, and soft pianos makes for a passionate and intimate album. The overall thesis of Afterlife, though, is that breakups are survivable. As Vi remarks, “I often sing about heartbreak and hardships, and I want to show others that there is so much more to life once you get through all of the darkness.”

Standouts on the album Afterlife were the tracks “Dead To You” and, the title track, “Afterlife”. “Dead to You” is an unapologetically morbid and edgy track that channels epic bad bitch vibes. Here, Vi explicitly lists things they would like to do to their ex now that they are over with suitably loud and bombastic accompaniment. This list includes: digging a grave for two, snapping their neck, and drinking their blood. What does it matter, Vi angrily argues, now that they are ‘Dead to You.’ It’s the perfect track for a post-breakup angry dance session to get the stress out.

The track “Afterlife” features a delicate piano, perfectly highlighting Vi’s rich and ethereal voice. Though other instruments join this piano, there is minimal accompaniment throughout leaving little space between the listener and Vi’s lyrics. Here, more than any other track on the album, it feels Vi is talking directly to us to give us strength and hope with lyrics like “Never looking back to you. There is a life after you.” If “Dead To You” was a drinking buddy, this track is your shoulder to cry on.