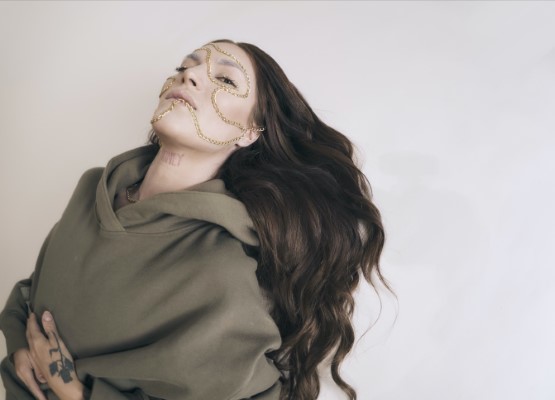 Edmonton-born JUNO-nominated artist, hill of iamhill shares the third single, “KonMari” from her upcoming album, Sellout, set to be released on June 3, 2022, via Text Me Records.

The song is a tongue-and-cheek ode to the method of the same name, asking: “does this bring me joy?” sifting through these ideas and material objects, with rhythmic, frenetic bounce and clever lyrics.

“The video is obviously not meant to be considered in its literal sense; there are no references to toilets in KonMari. However, dragging something that heavy (that toilet was really heavy) across some barren wasteland did feel a bit similar to hauling all the “stuff” you’ve bought from one place to another when you relocate. I’ve moved many times in the last five or six years, and each time, my load gets significantly lighter. And honestly, I barely notice what I leave behind,” says hill. “Does this item bring you joy? When you’re broke it’s hard to tell.”

The song takes its title from the minimalism-inspired approach, the KonMari Method, founded by pro-organizer, Marie Kondo. The process assists in organizing items category-by-category rather than room-by-room, including six basic rules, ranging from the commitment to the act of tidying, to acknowledging an object’s purpose in your life, asking if it continues to fulfill that purpose (or rather, cultivate joy) before surrendering it.

KonMari was written and produced by iamhill and Mike Schlosser (John Orpheus, Arlo Maverick, Kendal Thompson, Curtis Santiago), mixed by Brad Smith (aka Mr Smith) and mastered by Reuben Ghose at Mojito Mastering. The visual was filmed and edited by Travis Nesbitt (@travisnesbitt).

Watch the video for “KonMari” below, and stay up to date with hill of iamhill via her socials.

Related ItemsAlberta MusicCanadianEdmonton ABhill of iamhilliamhillIndoor Recess IncKonMariText Me Records
← Previous Story The Royaies release lyric video for new single, “Thus With A Kiss I Die”
Next Story → The Blue And Gold release new single, “When The Levee Breaks”