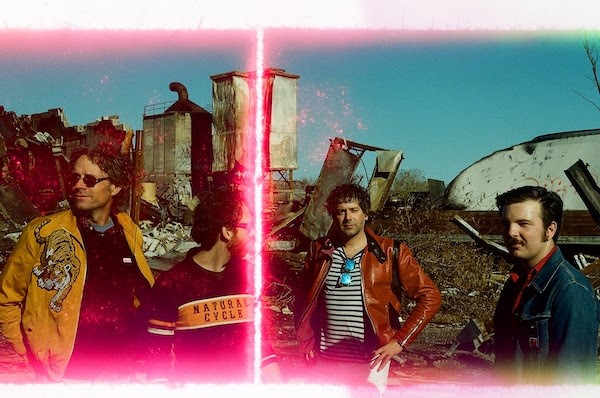 Directed by F. W. Murnau, Faust is widely regarded as being among the greatest films of the silent era. It tells the classic legend of fate and temptation that dates back centuries. In this, their latest offering, Mahogany Frog brings together their collective experience in composition, experimentation, electronics, intense rock & roll, and searing fuzz guitar. Together they weave a dark and diverse score around Faust’s brooding tale of corruption, devastation, and redemption.

The band has shared their second single from Faust, “Flying Carpet II:  Sword Fight”, along with a video to accompany the release.

“Layers of cinematic war drums lay the foundation for fornication and murder,” says guitarist / keyboardist Jesse Warkentin. “Soaring backwards fuzz guitar imposes sporadic blankets of tension. The innocence and passion of youth turns horrifically awry, and the fate of the fair and virtuous now points towards inevitable shame and doom.”

Watch the video for “Flying Carpet II: Sword Fight” below, and stay up to date with the band via their socials.