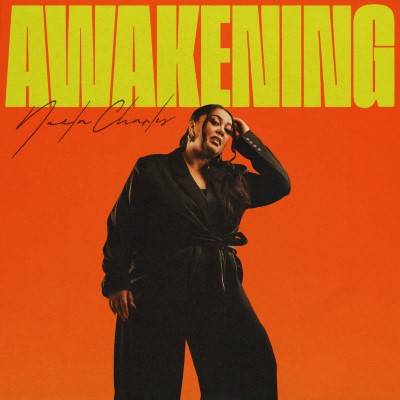 Nuela Charles is embracing evolution and renewal with her new single “Awakening”.

Charles was recently announced by The SOCAN Foundation as a winner of the second annual Her Music Awards, which supports and celebrates female-identifying, mid-career Canadian music creators who are on the verge of taking their creative careers to the next level.

Having performed in festivals in Germany, and London, and shared the stage with Canadian icons like Jann Arden and Sam Roberts Band, Charles is ready to take 2021 by storm.

We caught up with Nuela to learn more about her background as a performer, her latest single, and what the future holds.

Having lived in such diverse cultures growing up before settling in Canada, is there anything you were able to take away from those experiences that somehow shaped or influenced you as an artist or your mindset as a performer? Were you old enough to remember those experiences?

I was definitely old enough to remember those experiences. I think the biggest takeaway has always been my open worldview. I’ve seen and lived in so many different cultures that I’ve developed this immense sense of gratitude and acceptance for all people. We’re all different for a reason – and that’s the beauty of it. That openness I think allows me to pull from all of my influences, be it pop, alt-rock, soul, and create what is today, Nuela Charles.

What does it feel like when you hear your songs on some of the most popular shows on television, like Jane the Virgin or House of Lies?

Hearing my music on shows, let alone huge shows like Jane the Virgin, really is mind-blowing. I love seeing how others interpret my music and how they feel it fits as a soundtrack. It is also a huge compliment for me, as I tend to write my music as if I’m writing for a soundtrack or a movie scene, and so when things like this happen it feels awesome!

Talk to us about the cathartic nature behind your new single, “Awakening”. What was your experience like writing and recording this particular song?

In writing “Awakening” we definitely took the long road! What started as a more downtempo afrobeat voice memo demo, my producer Matt Parad (Selah Sue, Will Joseph Cook) helped me morph into this anthem of standing in your power, and honestly, it was what I needed in that moment. This industry is definitely not for the faint of heart, and you’re told “no” more than “yes” – so this was my own little manifesto telling myself “you got this.” This year marks 10 years of Nuela Charles, and I think I’ve finally arrived into NC is.

For our readers listening to your music for the first time, what do you ultimately want them to take away from your songwriting and your voice as an artist?

For first-time listeners, I want them to hear authenticity. I want them to be empowered. I’ve spent 10 years as an independent artist, and if I can be a testament of perseverance and chasing after your dream – then I feel like I accomplished my job.

What does 2022 look like for Nuela Charles? Are there any exciting projects in the works that you can share or tease?

2022 is going to be full of new music – which I am so excited for! It’s probably the most excited I’ve been, and I can’t wait to share more. Releasing new music has always been fun, but I truly can’t think of a time that I was more proud of my work – so get ready!