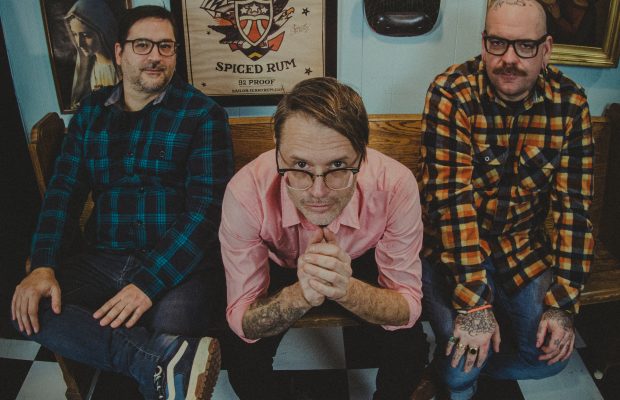 Montreal, QC-based folk/punk band, Yesterday’s Ring has unveiled their new album, Goodbye Nightlife, their first release since 2009. Between 2000 and 2009, the band shared 4 albums, 2 EPS, and toured through Canada, the United States, and Europe. Now, that they are back, with this new release, fans of the band must be thrilled!

The new release has ten original songs and one cover of the song “Rainy Day” originally done by the California punk band, American Steel.

Check out the album below, and find out more about Yesterday’s Ring via our Five Questions With segment.

We are Yesterday’s Ring. A country-folk-punk band from Montreal. We have been around since the year 2000, but we didn’t do anything from 2011 to 2022. For a good 10 years we were the soundtrack for the touring life of our other band, The Sainte Catherines.

Goodbye Nightlife is us looking back on our 20s, missing it, but also realizing that we are at a better place right now, in our 40s. Musically, we take a lot from Steve Earle, Bright Eyes, Lucinda Williams, Against Me! and our old records.

We all play in other bands (all of us are in The Sainte Catherines ), I’m (Hugo ) in Mudie and FRVITS, Fred is in Les Mains Sales, and Louis in Blurry Eyes. We wrote songs and did a handful of shows with those bands when the opportunity was there. Personally, I went back to drawing and painting a lot, selling art and other merch on my website ( hugomudie.com ), I wrote a book, played a lot of video games, released 3-4 albums, and built a Fuzz pedal with Roy Electronics. There’s always new stuff to try and things to do creatively if you put your head and heart to it, I think.

I think all of us are fans of The Weakerthans and John K Samson. We were Propagandhi fans (still are ) and saw the birth of The Weakerthans and we love John.K’s songwriting and sensibility. Played with them at Festival D’été de Québec once opening for Pascale Picard, but it kind of got drowned with the fact that the same day we (as The Sainte Catherines ) also opened for NoFx in front of 50 000 people at the same festival.